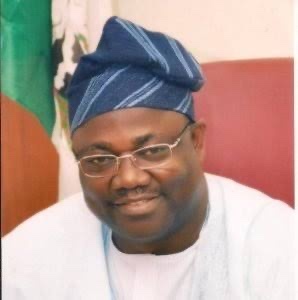 In 1992, Sen. Bwacha contested for the chairmanship of Donga LGA in 1992 under the platform of Social Democratic Party (SDP) and was elected.

He was also appointed the Taraba State commissioner for Agriculture from 1999-2003.

In 2011, Sen. Bwacha was elected to represent Taraba South in the Nigerian Senate under the platform of Peoples Democratic Party (PDP). He was appointed the Chairman Senate Committee on Agriculture.

In 2015, he was elected for a second term in office under the same political party. He was appointed the a Deputy Minority Leader.

In 2019, Sen. Bwacha was elected for a third term in office

In 2012, Sen Bwacha was conferred Commander of the Order of Niger(CON) by former President Goodluck Ebele Jonathan.

In 2018, he obtained an honorary doctorate degree, Doctor of Divinity by Theological College of Northern Nigeria (TCNN), Bukuru, Jos for his penchant for political and spiritual development.

Sen.(Dr)Emmanuel Bwacha is happily married to Mrs. Deborah Bwacha and together they have Four Children. He is a Christian