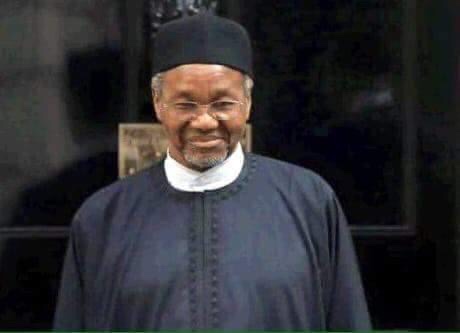 Mamman Daura is a Nigerian news paper editor. He was born on 9th November 1939 in Daura, Kastina State. Mamman Daura’s father Alhaji Dauda Daura was the Durbin Daura of the Daura Emirate and an elder brother to President Mohammadu Buhari.

In 1962, Daura moved to Dublin to study economics and public administration at the Trinity College, Dublin.

At the age of 17, Daura worked with Daura Native Authority till 1958 when he joined Nigerian Broadcasting Corporation.

In1962, Daura left Nigerian Broadcasting Corporation to further his studies.

In 1968, Mamman Daura took a job at the office of General Abba Kyari, the military governor of North-Central State. Turning down offer by Adamu Ciroma, editor of the New Nigerian.

However, in 1969, he joined the New Nigerian, replacing Adamu Ciroma as the new editor. Daura worked in New Nigeria covering the north and protecting the northern interest.

In 1974, Daura became the Managing Director but left the New Nigeria when the then Military Head of State Murtala Mohammed opted to take over the news paper.

In the late 1970s, Daura served on several government board and agencies including News Agency of Nigeria(NAN).

In the 1980s, he served as the chairman of the Nigerian Television Authority (NTA) and later at the Africa International Bank.

He was the chairman of the Nigerian Bank of Commerce and Industry.

Mamman Daura is also popular for leading the Kaduna Mafia.

Mamman Daura is married to Ummu Kulthum. Together they have 5 girls and a son with 14 grand children.