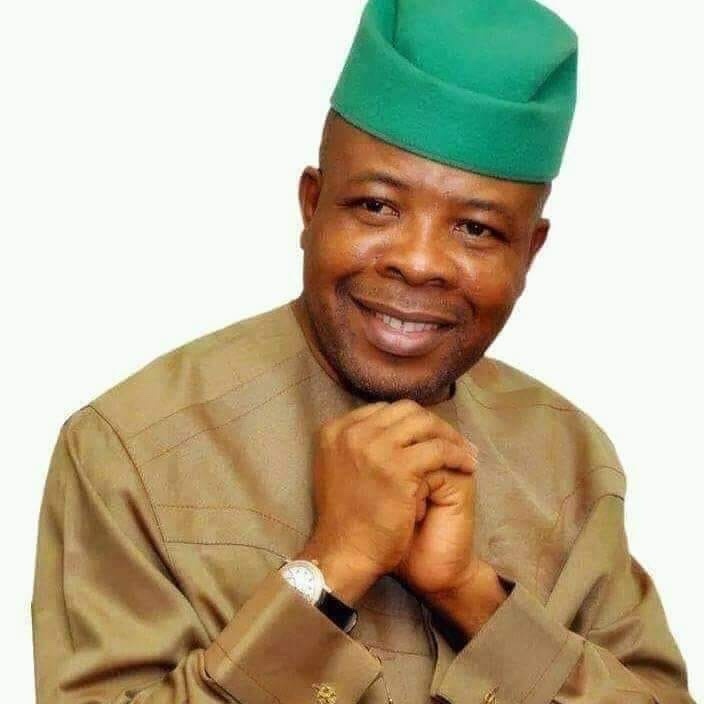 ChukwuEmeka Nkemakolam Ihedioha was born on 24th March, 1965 in Mbutu, Aboh Mbaise Local Government Area of Imo State. He is a Nigerian businessman, politician and former governor of Imo state. He was removed as the Governor of Imo State by the Supreme Court.

In 1993, Ihedioha returned to his communications practice as Chief Executive Officer of First Page Communications after the 1993 Military coup.

In 1998, Ihedioha became the Director of Publicity to the new People’s Democratic Movement which later became Peoples Democratic Party (PDP).

In 2003, Ihedioha contested to represent Aboh-Mbasie–Ngor Okpala Federal Constituency of Imo State in the Federal House of Representative under the platform of the Peoples Democratic Party (PDP). He won the 2003 gubernatorial election. While in the house, he served as Chair, House committee on Marine Transport. Ihedioha is credited with passing key bills that allowed for increased participation of Nigerians in that sector.

In 2007, Ihedioha was re elected into the same position for a second term. While in the House of Representative, Ihedioha served as the Chief Whip from 2007 to 2011.

In 2019, Ihedioha contested for the office of the Governor of Imo State under the platform of the Peoples Democratic Party (PDP). He won the 2019 election. In May 2019, Ihedioha was sworn in as governor. However, in January 2020, his journey as governor of Imo State was cut short after the Supreme Court declared Hope Uzodimma of the the All Progressive Congress (APC) winner of the 2019 gubernatorial election.

On 14 January, 2020 the Supreme Court nullifiedthe election of Emeka Ihedioha of the Peoples Democratic Party (PDP) as governor of Imo state and declared Hope Uzodimma of the All Progressive Congress (APC) winner of the 2019 gubernatorial election.

In the unanimous judgment of the seven-member panel, read by Justice Kudirat Kekere-Ekun, the apex court agreed that results in 388 polling units were unlawfully excluded during the collation of the final governorship election result in Imo State.

According to the panel, if you sum up the resultsfrom the 388 polling units, Uzodimma won majority of the votes and thus is the winner of the 2019 gubernatorial election in Imo State.

“Vote due to the appellant Senator Hope Uzodinma and the APC from 388 Polling Units were wrongly excluded from scores ascribed to the appellant(to them),” the justices ruled.

“It is thereby ordered that the appellant votes from 388 Polling Units unlawfully excluded from the appellant vote declared shall be added and that the first respondent, Emeka Ihedioha, was not duly elected by a majority of lawful votes cast at the said election.”

“It is hereby declared that the first appellant (Mr Uzodinma) holds the majority of lawful votes cast at the governorship election held in Imo State on March 9, 2019.”

The justice said Mr Uzodinma has satisfied the mandatory constitutional requirements to be declared governor.

Emeka Ihedioha is married to Ebere Ihedioha and together they have four children Emeka, Ezinwa, Nkem and Kamsi