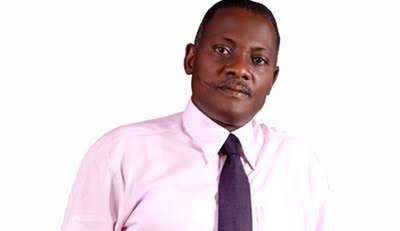 Speaking of one of Nigerian business icons, the name Innoson comes to mind. His name is Innocent Ifediaso Chukwuma, Innoson is the chairman and founder of Innoson Group of Companies and the CEO of the motor brand, Innoson Vehicle Manufacturing (IVM) which is Nigeria’s first indigenous automobile manufacturing company. He was born on 1st October, 1961 in Uru-Umdim, Nnewi, Anambra State, his home town. Read on to know more about him.

After completing his secondary education in 1978, Innoson wanted to further his studies to become an engineer. He however, did not get up to the cut off mark. His elder brother Gabriel, then took him to one Chief Romanus Eze Onwuka aka Rojenny, a motorcycle spare parts dealer and also the founder of the first private stadium in Nigeria, Rojenny Stadium in Oba near Onitsha. He served under Rojenny for a year and then, mastered the act of buying and selling of motorcycle parts.

Innocent later returned to his brother who opened Gabros International to trade in motorcycle parts and gave him the sum of #3,000 to start the business. He was very successful in handling his brother’s business.

In 1981, he decided to leave his brother and start his own business. He then founded Innoson Nigeria Limited and traded on Honda motorcycle parts and with time, started importing motorcycles. To make it cheaper for customers to buy. He imported them in parts and assembled them when they arrived in Nigeria.

Innoson later established an automobile manufacturing company in Nigeria. According to him, this was because, he found out that so many ventured into motorcycle business and then the government started banning commercial motorcycles in states. In addition, most Nigerians who import cars always get fairly used ones and it was his desire that they drive new cars.

The company, Innoson Vehicle Manufacturing, was incorporated in 2007 and commissioned on the 15th of October, 2010, by the then President of Nigeria, Goodluck Ebele Jonathan. They deal on the production of high capacity city buses, mini and midi buses, pick up trucks, and garbage collecting vehicles. His automobiles have found their way into other African countries as well

Recognition and Awards for Innoson

Innoson is estimated to worth about $1.5 billion.