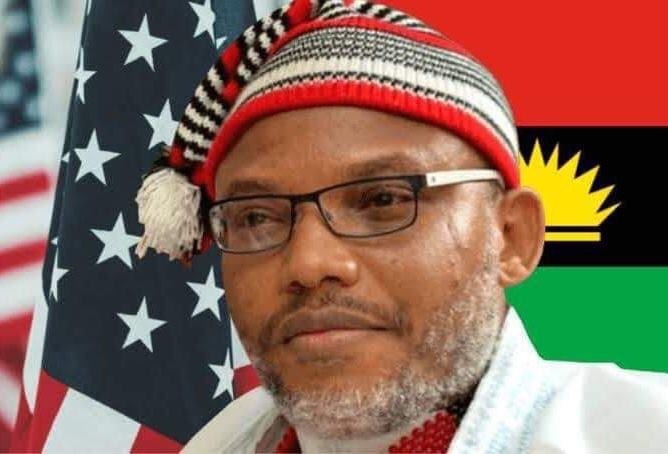 The Igbo National Movement, INM, has said that its impossible for the leader of the Indigenous People of Biafra, IPOB, Nnamdi Kanu to get fair hearing nor justice in the country’s judicial system.

INM maintained that “the Press Conference by Nigeria’s Attorney General of the Federation and Minister for Justice, Mr. Abubakar Malami, on Tuesday 29th June 2021, during which the ‘international abduction’ of the leader of the Indigenous Peoples of Biafra (IPOB), Mazi Nnamdi Kanu was announced, and the Press Briefing by the Minister for Information and Culture, Mr. Lai Mohammed on 1st July 2021, which provided updates and further insight into the mindset of the Federal Government of Nigeria on that case” stressing that “it is impossible to expect that the accused Mazi Kanu in this case will be accorded anything remotely resembling a free, fair and public trial.”

INM in a statement issued on Tuesday and signed by Anthony Olisa Okolo Esq, the Executive Director; Onyemuche Mbachu, the Executive Secretary; Chief Peter Agba Kalu, the Director Media/Mobilization and Barr. Eze Eluchie, the Legal Adviser, called “for his immediate and unconditional release on legal principles and in accordance with our Criminal Procedure Act which limit powers of arrest and jurisdiction where such arrests may occur.”

The group also said that already, there’s a breach of the fundamental human right of Mr. Kanu from the point of his arrest and failure to arraign him and also frowned at the media trial currently being deployed by the Federal Government of Nigeria.

“Considering that Mazi Kanu was brought into the country on Sunday preceding the conferences, as announced by the AGF, the failure of the Government to notify his Legal Representatives and his Family of the date for his arraignment almost 48 hours later, supposedly before a Federal High Court in Abuja, shows ill intent and already is a breach of the accused’s fundamental human rights.

“The trial by media which the Government has resorted to is nothing new, but will be more spectacular in its failure if it does not put on the table all the evidence it has to support the irresponsible accusations against Mazi Kanu in particular, and Ndigbo in general as it relates to the recent disturbances in the South East Igbo homelands, which resulted in the deaths of hundreds of Igbo nationals, blamed on Mazi Kanu himself and his adherents.  Any failure to do so, may fuel theories of the Federal Government’s role in the murders of innocent citizens and the disturbances in the South East.”