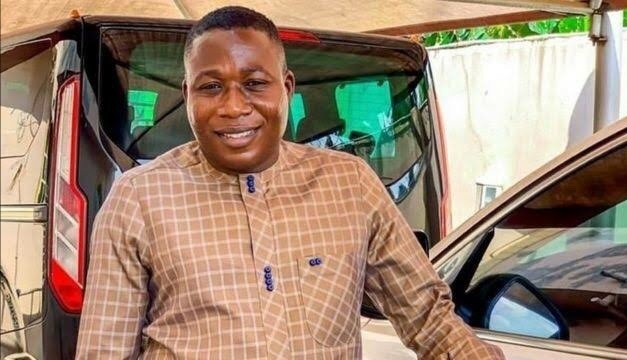 Yoruba nation agitator Sunday Igboho have been arrested in an airport in Cotonou, Benin Republic.

According to reports, Igboho was arrested by security operatives on monday after he evaded being arrested by officers of the Department of State Security Services (DSS).

Upon his arrest, it was alleged that Igboho has perfected plans to flee to Germany on Monday night before his arrest.

The source also claimed Igboho will be repatriated to Nigeria on Tuesday.

“He was arrested in Cotonou while he tried to travel out on Monday night. His destination was Germany. The security forces in Benin Republic should repatriate him to Nigeria on Tuesday,”

However, his arrest is yet to be confirmed by his lawyer or the Department of State Security Services (DSS).