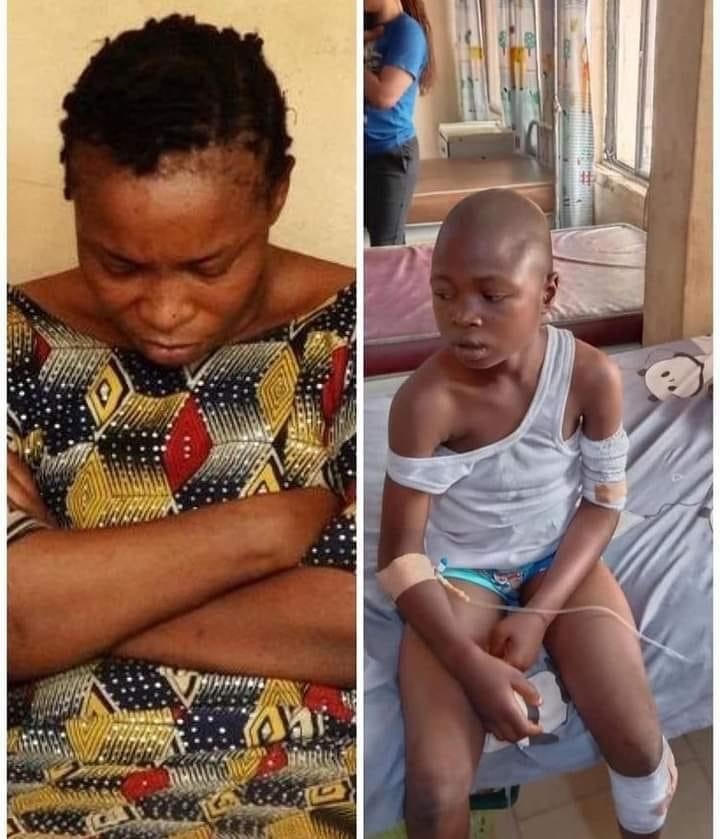 A widow and 36-year-old mother of four, Mrs Opeyemi Omoyemi, was yesterday

sentenced to four and half years in prison for brutalizing and inflicting body injuries on his 12-year-old house helped Joel Sunday for stealing a piece of meat.

A Magistrate Court sitting in Akure, the Ondo State capital sentenced Owoyemi following her arraignment on a five-count charge.

She was sentenced to three and half years imprisonment with hard labour on count one charge bothering on grievous harm, while she bagged one-year imprisonment on count five.

The defendant was said to have used a stick and razorblade to inflict multiple injuries on the body of the house help which she accused of stealing pieces of meat from the pot of soup.

Omoyemi, according to the police prosecutor, Emmanuel Tanimowo was said to have committed the offence on February 6, 2022, at her residence located at Idimango Adewale axis of Ondo road, Akure, the state capital

Tanimowo, during the trial, applied for the withdrawal of the count four charges which were granted by the Magistrate, Mrs O.A Edwin.

Kayode also informed the court that Omoyemi who is a mother of four little children had been the one responsible for the welfare of the victim.

According to him “The court should be lenient in passing sentence on the defendant. The prayer for leniency is that the defendant has been the one solely responsible for the wellbeing and education of the 12-year-old Sunday. She has been doing this dutifully for the past four years since the death of her husband.

“The defendant has kids and they have been crying since the incident happened as they could not see their mother.

“The defendant is a first offender and has never been arrested for any inhuman behaviour. The court should graciously pass the sentence.”