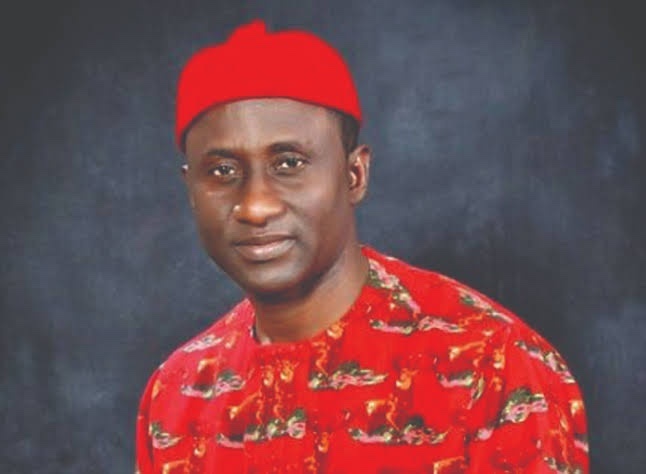 In Saudi Arabia ’89 during the Under 23 Junior World Cup competition then USSR-Soviet Union, but now Russia was leading the Nigerian Junior National team by 4 goals to nil during the first half and some later part of the early second half. It was like all hope was lost. As a matter of fact, l remember vividly abandoning the television in anger and leaving home at Ogborhill side, Ovom street to be precise and was going home and abusing those crop of flying Eagles players for raising our hopes so high and crashing it.

I was still calling them all sources of abusive names at exactly the junction joining Aguwa street to Ovom street, just in front of Girls High School Aba, when l heard the scream of goooaaaal! I rushed to the nearby television and it was 4-1 in 16 minutes of the second half. Before l will find a space in the crowded house to settle down having left the comfort of my home, they Nigerian boys have made it two. Before one can spell Jack Robinson, it was 3. It was then that hope of a dying minute equalizer became a reality and it happened.

The heroic of the Nigerian boys which before then, no football team has ever bounced back from a 4-0 down resulted in a penalty being played to decide the winner of the game. Even as l write, l can still hear the echoes of the commentator screaming “the Russian are rushing out of the game” because of the rate by which they were missing their penalty. When it seems like all hope was lost out of the determined will of the boys they reversed the seemingly impossible situation and restored hope to Nigerian.

Call it destiny, the truth is that in life once God destined something His will must surely come to pass. In Igbo wisdom it is called Uchechukwu Ga Eme.

Going by recent political events in Abia State those who are wise enough to understand the times and how God moves when it is time and know man has the capacity to stop Him are in one agreement, Uchechukwu Ga Eme

This Uchechukwu Ga Eme philosophy of the wise seems to be what Nigerian football teams are blessed with. As one can equally easily remember the Olympic Games at Atlanta 96, where at the Semi-Finals of the game between Nigeria and the Brazilian Under 23 team. Brazil was leading Nigeria by 3 goals to 1 towards the dying minutes of the game. Nigeria have not been able to find her feet against Brazil in any soccer activity, everyone thought that Brazil already had one feet into the finals against their eternal enemy Argentina. But the magic feet of Kanu Nkwankwo propelled by the acrobatics of Jay Jay Okocha, Emmanuel Amunike etc equalized. The match went into sudden break as was the FIFA law then. The first team to score wins and those who believe in God knew that Uchechukwu Ga Eme. And, Uchechukwu did mela indeed as Nigeria scored and went ahead to defeat Argentina in the final to win the first African Gold Medal in Olympic Games football. Then President of Ghana now late JJ Rawlings was so happy that he declared a public holidays in Ghana, it was simply a a case of Uchechukwu Ga Eme that became a reality.

Down home Abia, Abia people should start Rejoicing because the signs of pulling victory at the dying minute, when it seems that all is lost, but Uchechukwu Ga Eme philosophy takes over from where the strength and manipulations of man stops is playing out. It is playing out in the favour Uchechukwu Sampson Ogah the President of Master Energy Industries and the immediate past Minister of Mines (state)

A young dynamic man who has shown his love for the Igbo race by neglecting Lagos, Ogun, Abuja, etc and coming home to make sure that he opened Igbo land by establishing one of the biggest industrial complex in West Africa today at Onuaku, Uturu in Abia State.

The story today is not about trying to bore you about the accomplishments of this Uchechukwu Ga Eme cross bearer of our generation. It is about telling you that through him God is about to unleash great things in Abia. Therefore, one should not be discouraged by any challenging circumstances that may appear on the way. Destiny shapers always pass through such difficulties before hitting destination.

But, If you are interested in the truth about Abia being transformed, then you must pick interest in Ogah and his type Master Energy socioeconomic philosophy being used as a yardstick to transform Abia, because this is a business philosophy that came into a deep forest and transformed it singlehandedly into one of the fastest emerging big cities east of the Niger. Then in your honest moments of reflection you can imagine what this very individual can achieve with government machinaries, if he can achieve this much as an individual. That will tell you one thing clearly, Ogah joining politics was destined by God in order to use him as a pillar to uplift the state. And, those who have any slight knowledge of God’s mysterious ways of doing things will confess to you that when God destined something, it’s just a question of time Uchechukwu Ga Eme.

Ogah being being a highly innovative person, who is always desirous to create superior values whenever he takes up a task as he exhibited at Ministry of Mines, which goes a long way to establish that his accomplishments at the private sector wasn’t a fluke. Is steps ahead in terms of character content and leadership skills compared to several others seeking the same office. Outside perhaps Greg Ibe, there’s no other candidates among the political multitude that can say to have a track record of accomplishments to justify their claim of having the capacity to revive the Abia Economy.

His rise in the political circle without a godfather was so fast that any political student who is an expert in the politics of Abia State will understand that it is nothing short of Uchechukwu Ga Eme political philosophy at work in him. Just look at it this way, fighting against the state machinery he nearly upturned the state in 2015, in 2019, his political machinery was strong enough to make an impact that earned him a Ministerial post. These are some of the elemental signs you will see that will get you convinced to know that Uchechukwu Di Na his political struggle to liberate his people. And, all lovers of God are aware that once Uchechukwu Di Na a struggle, then it’s a question of time Uchechukwu Ga Eme.

There’s just one fact you will know about him and you will be more relaxed and that is that Uche Ogah is the story of courage combining with determination, faith in God mixing with tireless efforts borne out of conviction, some people call it luck. I belong to the school of thought that tagged it grace. Some other school of thought will call it destiny and both are just saying one thing in different phonetics, they are simply saying ” Uchechukwu Ga Eme.