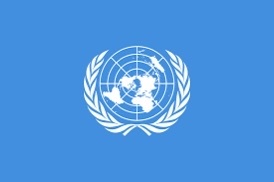 The United Nations is an international organization designed to make the enforcement of international law, security, and human rights; economic development; and social progress easier for countries around the world.

The organization was initiated in the year 1919 before it was officially founded and launched on 24th October, 1945. The name “UNITED NATIONS “ was coined in 1942 by Witnstion Churchill and Franklin D. Roosevelt in declaration of the United Nations.

The principles and objective of this organization is to save members states from war, reaffirm Human Rights and establish equal rights for all persons. It is also the duty and function of the United Nations to ensure that justice, freedom and social progress reaches it’s members.

Currently, there is no special qualifications for any country to belong to the United Nations Organisation as far as such country is a recognized independent state and is ready and willing to accept the norms, rules and regulations of the organization that will be considered for an admission into the organization but for the records the United Nations is made of 193 members and 2 permanent observer entities that cannot vote.

The organization is structured in such a way that each section has its own specific duties, so without must saying the United Nations is made of Five different branches of which are made of the following :

1. UN General Assembly : This is main part of the organization that takes major decisions for the organization and also represents all member states.  The branch usually meets from September to December each year.

2. UN Security Council : This branch is in charge of the security and safety of the member states and to ensure that there is peace and also ensuring that all conflict of any sort is being resolved. This branch is made of 5 permanent members and 10 rotating members.

3. It is also made up of an International Court of Justice, located in the Hague, Netherlands

5. Secretariat that is headed by a secretary- General whose responsibility is to provide information and data that will be needed for other UN branch meetings.