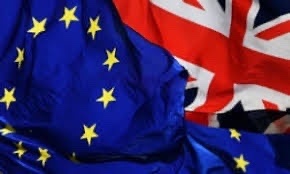 Are you wondering what BREXIT means or maybe you are just hearing it for the first time , well BREXIT literally stands for Brisith Exist which means UK leaving the European Union.

Firstly, before I explain the term BREXIT, I  would like to give a little touch on the history and purpose of the European Union .

European Union is an economic and political Union involving 28 countries from Europe and this union allows member states to trade freely, live and work freely wherever they wish to among the 28 countries.

United Kingdom joined the union in 1973 when it was still known as European Economic Community but rumors now has it that the UK wants to leave the Union thereby making it the first member state to leave.

The issue of BREXIT was raised on Thursday 23rd June 2016 when a public voting or referendum was held and the voting result won by 52% to 48% opting for UK to leave the Union and also on the other hand the referendum turnout to be as high as 72%..

This supposedly BREXIT was meant to happen on 29th March , 2019 initially but that was two years after then Prime Minister Theresa May triggered Article 50 – the formal process to leave – and kicked off negotiations.

Further more,  the EU has agreed to extend the BREXIT until 31 January, so we all are looking forward that by 31 January, 2020 that UK will be independent from European which means that they will be having their own say without any interference from the European .

Tags:All You Need to Know about BREXIT, BREXIT, Theresa May