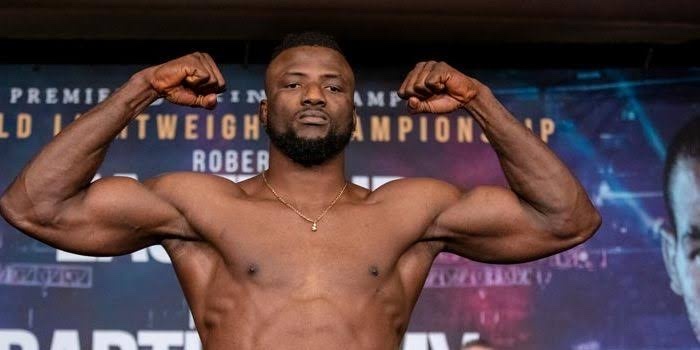 Efe Ajagba was born on 22 April, 1994 in Ugheli Delta State. He is a professional Nigerian boxer who holds the record of the fastest victory in boxing history after his opponent was disqualified for leaving the ring 1 second after the opening bell. He formerly worked in a bakery before taking up a career in boxing.

Ajagba started his boxing career in 2011. He had Anthony Konyegwachie as his coach.

In 2014, Ajagba was selected to represent Nigeria in the 2014 Commonwealth Games in Glasgow, Scotland. He defeated Junior Fa of Tunga in Round 16 and South African Paul Schafer in the quarter finals. He was however defeated by Joseph Goodall of Australia. Ajagba was awarded the bronze medal in the competition.

In 2015, Ajagba was selected to represent Nigeria in the All African Games in Brazaville, Congo. Ajagba defeated Keddy Angnes of the Seychelles to win the gold medal.

In 2016, Ajagba won the super heavyweight event at the African Boxing Olympic Qualification Tournament held in Yaoundé, Cameroon. Ajagba was selected to represent Nigeria in the 2016, Summer Olympics in Brazil.

In August 24th, 2018, Ajagba broke the record of the fastest victory in boxing history in a match against Curtis Harper. Harper was disqualified for walking out of the ring in protest over a pay dispute one second after the opening bell.

Efe Ajagba is estimated to worth $1million -$5million. Most of his wealth is from his boxing career.