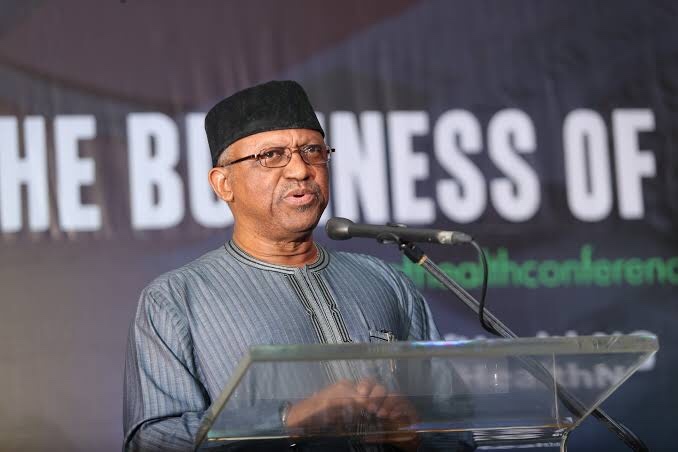 Osagie Emmanuel Ehanire is a Nigerian Medical doctor and politician. He is the Minister for Health. Ehanire was born on 4th November 1946 in Iduighun, Oredo Local Government Area of Edo State. He was the former Minister for State Health.

Ehanire attended Government College Ibadan, Oyo State where he obtained his Secondary School Certificate Examination. He proceeded to study Medicine and Surgeon at Ludwig Maximilian University of Munich in Germany.

He proceeded for a post graduate studies at the Teaching Hospital of the University of Duisburg and Essen and to the BG Accident Hospital in Duisburg, Germany.

In 1976, Ehanire obtained a Diploma in Anaesthetics from Royal College of Surgeons in Ireland after which he got his Board Certification in both General Surgery and Orthopaedic Trauma Surgery at the Medical Board of North Rhine Westphalia in Dusseldorf, Germany.

In 1986, Ehanire became a Fellow of West African College of Surgeons.

Ehanire has worked in various hospitals in Germany as a Resident Anesthesiologist, Resident Vascular Surgeon and Resident General Surgeon in Thoracic Surgery. He worked as a clinical instructor at the BG Accident Hospital in Duisburg, Germany.

In 1982, Ehanire returned to Nigeria to work as a Senior Registrar in the Department of Surgery, University of Benin.

In 1985, he worked as a Divisional Consultant Surgeon at the Shell Petroleum Development Company Hospital till 1990.

In 2014, Ehanire was appointed as delegate for the Congress for Progressive Change(CPC) to a political party merger conference that gave birth to All Progressive Congress (APC).

He became the Edo State coordinator for Buhari Support Organization (BSO). He played a key role in the victory of the Presidential Candidate of the All Progressive Congress President Mohammadu Buhari in 2015.

Ehanire is married with children