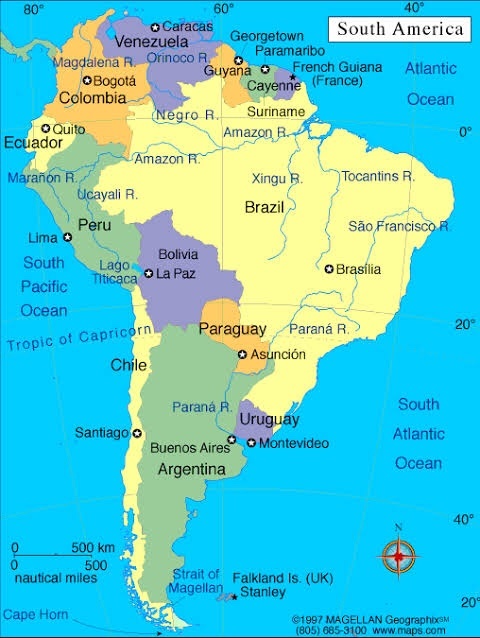 South America is the fourth largest continent and the fifth most populated continent in the world. South America occupies one-eighth of the land on earth (that is a total area of about 6,878,000 square miles (17,814,000 square km)