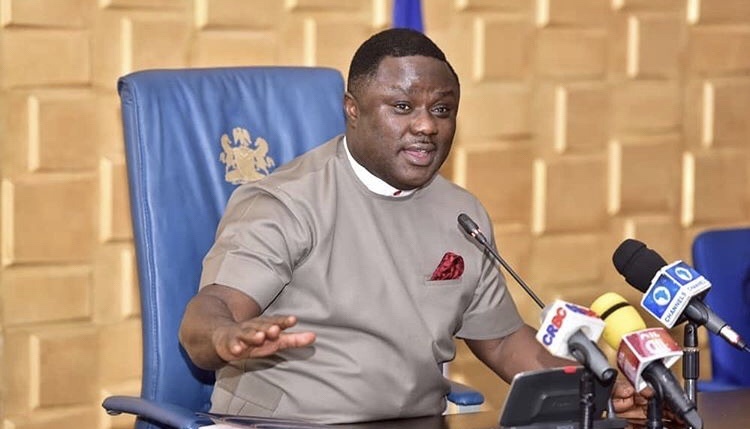 Benedict Bengioushuye Ayade was born on 2 March 1968 in Kakum, Obudu LGA, Cross River State to the family of Mr. & Mrs. Peter Akinsheye Ayade. Ben Altadena is a Nigerian professor, politician and the 17th Governor of Cross River state. Before his election as governor, Ben Ayade was a Nigerian senator.

In 2002, Ayade obtained an MBA from the Ambrose Ali University.

In 2010, Ben Ayade obtained a degree in Law from the Delta State University, Abraka, Delta state.

Before he ventured into politics, Prof. Ben Ayade worked as a lecturer with the Delta State University, Abraka. Ben Ayade invented a sewage treatment plant powered by solar energy.

He has served in the following capacities

In 2010, Ben Ayade picked up nomination form to represent Cross River North in the Nigerian Senate under the platform of the Peoples Democratic Party (PDP). He won the party primary election and was subsequently elected a senator in the. 2011 general election with 91,123 votes.

While serving in the Nigerian Senate, Ben Ayade was Vice-Chairman, Senate Committee on Environment and Ecology and member of committees on Petroleum Downstream, Education, Drugs/Narcotics/Crime.

In 2014, Ben Ayade picked up nomination form to run for Cross River State Governor under the platform of Peoples Democratic Party (PDP). He won the party primaries and in April 2015, he defeated Odey Ochicha of the All Progressive Congress (APC) to be elected governor of Cross Rivers State.

In 2019, Ben Ayade ran for a second term in office and was re elected under the platform of Peoples Democratic Party (PDP).

In 2016, Ben Ayade was named the Governor of the year by popular Nigerian newspaper “Vanguard ”

In 2019, he was named the Governor of the year by Champions newspapers.

In August 2019, Ben Ayade was knighted as a Knight of St. John (KSJ) International by the Roman Catholic Church at the Sacred Heart Cathedral, Calabar.

Prof. Ben Ayade is married to Dr. Linda Ayade. Their union is blessed with three children. He is a devote catholic.