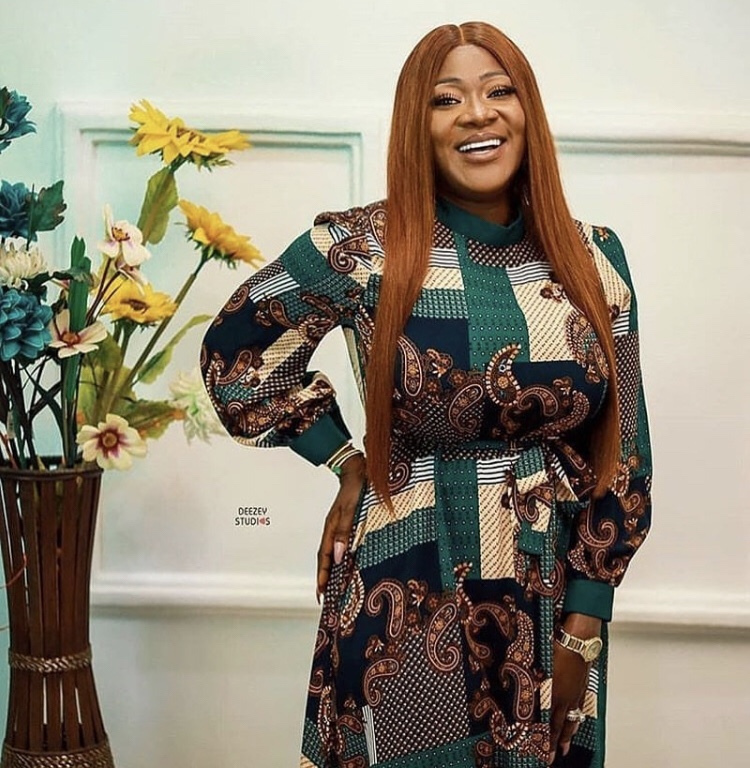 In the movie industry, the name Mercy Johnson has been established. Here you’ll find all you need to know about the beautiful, talented and award winning actress.

Mercy Johnson Okojie was born on August 28, 1984 in Lagos as the fourth out of seven children of Mr Daniel and Mrs Elizabeth Johnson. She is a Nigerian actress and business woman. She hails from Okene in Kogi State.

Her movie career started in 2003 after she auditioned for a movie where she got the role of a possessed maid in the movie, “The Maid” following her failure in JAMB exam. Since then, she has featured in over 200 movies which include, Dumebi the Dirty Girl, Baby Oku in America, the Hustler, Desperate Ladies, Evil Agenda, Weeping Soul, etc.

Aside being an actress, she is involved in several personal businesses, one of which is her Kitchen Talk Show.

She is also an ambassador of Virony, a sanitary pad brand and Mr Chef Iodized Salt. In October 2019, she signed an endorsement deal with Chi’s Limited prime brand, Hollandia Evap Milk.

As a philanthropist, Mercy has a foundation called Mercy Johnson Okojie Foundation that was established to assist widows and less privileged in the society and she prefers to keep her philanthropic works off the media.

Over the years, Mercy has been nominated and has won several awards which include:

In 2011, Mercy got married to Prince Odianosen Okojie from a Royal Family in Edo and together they have three children, two girls and a boy.

Being one of the most successful and sought out actress in the movie industry, her net worth is estimated to be about $2 million.