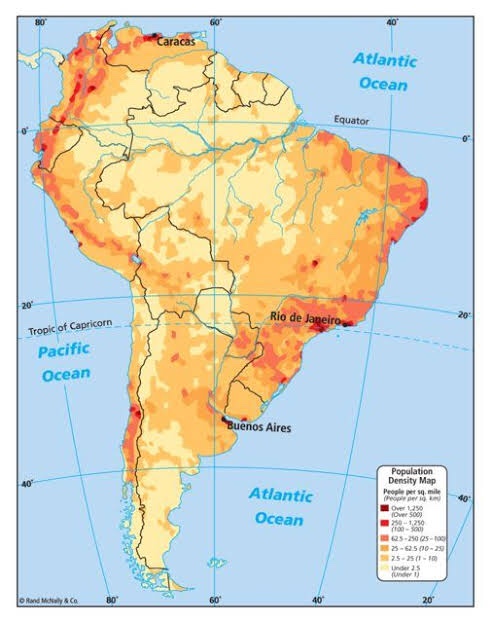 South America is a sub continent of America. According to United Nations estimated statistics, South America has a population of over 430 million making up 5.53% of the world’s population.

Countries like Guyana, Suriname, French Guiana and Falkland Islands have a population of less than one million.

Here is a list of most populated countries in South America