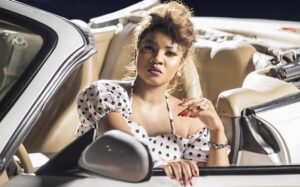 Biography of Omotola Jalade Ekehinde, Age and Net Worth

Omotola Jalade Ekeinde, Omosexy as she is popularly called, is a Nigerian actress, singer, philanthropist, and former model. She was born on February 7, 1978 in Lagos to Mr Oluwashola and Mrs Oluwatoyin Jalade. She however hails from Ondo state, Nigeria.

She started her education at Chrisland school, Opebi and finished her primary education at Oxford Children School. For her secondary education, she attended Santos Layout and Command Secondary School, Kaduna. She went on to attend Obafemi Awolowo University but then completed her studies at Yaba College of Technology where she studied Estate Management.

While growing up, her dream was to work in a business establishment. However, while awaiting admission, she ventured into modelling. One day, she accompanied a friend to a movie audition and luckily, got herself a role. That was how she got into the movie industry and fist featured in the movie, Venom of Justice. Her first big role however came when she starred in the movie, Mortal Inheritance where she acted as a sickle cell patient who fought for her life despite the odds of survival. In 2010, she had her first cinematic movie role in the film, Ije, where she starred alongside Genevieve Nnaji.

Since 1995 when she got into the movie industry, she has acted in over 100 movies to mention but a few: Scores to Settle, Lost Kingdom, The Outsider, Blood Sisters, Die Another Day, Games Women Play, Brave Heart, Sand in my Shoes, Yankee Girls, My Last Ambition, A Private Storm, Ties That Bind, Last Flight to Abuja, My Only Inheritance, Alter Ego etc.

As a musician, she released her debut album titled Gba in 2005 which produced the singles, Naija Lowa and The Things You Do To Me. She also has another album, Me, Myself and Eyes. Also, in 2012, she launched her own reality show, “Omotola: The Real Me” on Africa Magic Entertainment, a M-Net subsidiary broadcast on DSTV.

She is popularly known as a human rights campaigner and has an NGO called the Omotola Youth Empowerment Programme. In 2005, she became a United Nations World Food Programme Ambassador and also supports organizations such as Charles Odii’s SME 100 Africa to empower youth and young women in the society.

In 2010, she lent her voice to the Rewrite The Future campaign of Save The Children, UK. In 2011, she became an Amnesty International campaigner.

Omotola is the first Nigerian celebrity to be featured on Times Magazine alongside Michelle Obama, Kim Kardashian and other global leaders.

MIPAD in New York honoured her as one of the top 100 influential people in Africa following the opening of the 73rd United Nations General Assembly.

In 2014, Nigerian government honoured her as a member of the Order of the Federal Republic MFR, for her contribution to Nigeria through entertainment and humanitarian services.

Over the years, Omotola has bagged several awards which include:

Omotola remains one of the few Nigerian actress to have stayed in their marriages for a very long time now. She got married to Captain Matthew Ekeinde in 1996 and together, they have four children..

Of no doubt, Omotola is one of the most successful and richest Nigerian actresses. She is estimated to worth about $3 million.