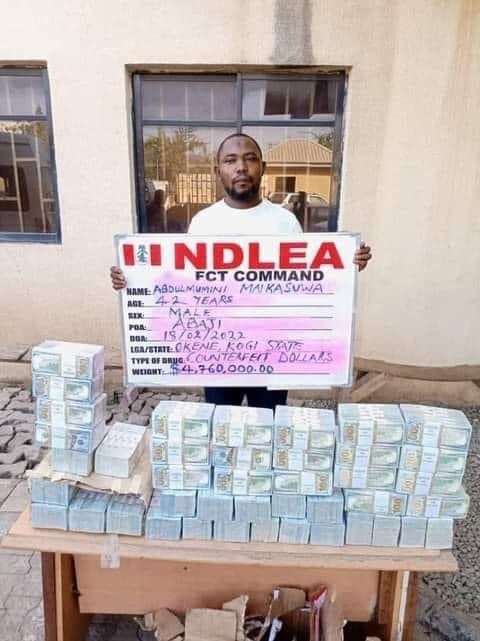 Operatives of the National Drug Law Enforcement Agency, NDLEA, have foiled an attempt by a syndicate to push fake $4.7 million dollar cash into the Nigerian Economy.

This followed the interception of a consignment at the Abaji area of the FCT on 18th February 2022 sent from Lagos to Abuja.

However, a 42year old suspect was arrested in connection with the seized percel and both the cash and suspect in custody to be transferred to the Economic and Financial Crimes Commission, EFCC, for further investigation.

Meanwhile, the agency has also arrested 3 suspects of illicit drug trafficking with over 300kg of illicit drugs to include canabis sativa, tramadol, diezapam and pentazocine injecetion ampulses among others, in kwara and Adamawa States.