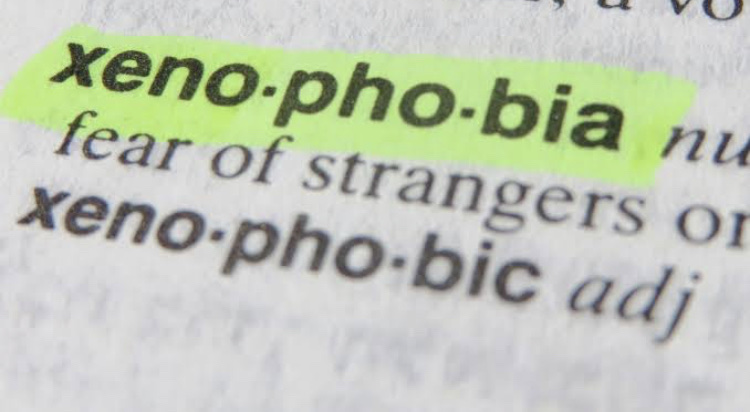 Xenophobia is a fear for strangers. Xenophobia is associated with hatred or prejudice against people from other countries. Xenophobia is often times as a result of fear by an inward group against an outward group and manifest itself in suspicion of the activities of others, and a desire to eliminate their presence to secure a presumed purity and may relate to a fear of losing national, ethnic or racial identity.

Xenophobia can also be exhibited in the form of an “uncritical exaltation of another culture” in which a culture is ascribed “an unreal, stereotyped and exotic quality”.

Over the years, xenophobia attacks have been prevalent in South Africa against foreigners. An act which have been criticized by many including African leaders. In an outburst of Xenophobic attack, lives and properties worth billions are destroyed.

According to a research by Pew Research showed that about 62% of South Africans see immigrant as a burden  on society by taking jobs and social benefits and that 61% of South Africans thought that immigrants were more responsible for crime than other groups.

History of Xenophobia in South Africa

In September 2019, a riot sprouted a Xenophobic attack on foreigners in South Africa. These attack has left scores dead and properties worth millions destroyed.

1. According to the data gathered, most attacks occur in townships and areas surrounding hostels, where foreigners are blamed for social problems such as unemployment and crime.

2. Misinformation by media outlets was said to have played a vital role in the 2016 Xenophobic attack

3. Interactive factor related to the level of exposure inhabitants have to strangers