In Nigerian entertainment industry, there are celebrities even though they are not related but they could pose as twin.

Having a double ganger or someone people may refer to as your twin because of the similarities is rare. A times you might want to carryout a DNA test to confirm the duo are not related talk more of being twins.
Below are top five Nigerian Celebrities that look alike with picture evidence 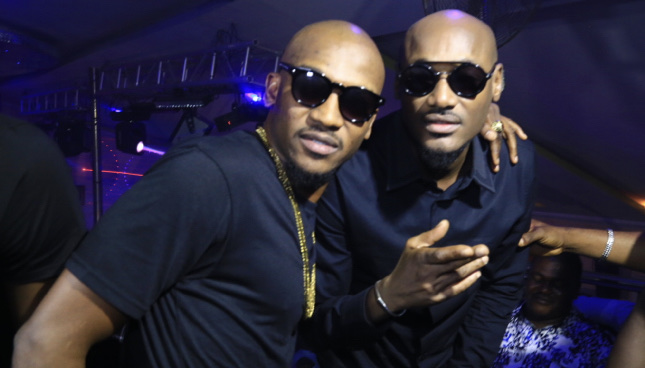 2face Idibia popularly known as 2baba is a song writer, a record producer and an entrepreneur. He hit the Nigerian entertainment industry in 2004 with face 2 face album.
2baba looks like his co musician and Kennis music artist Joel Amadi popularly known as Jo el. The duo recently released a collaboration titled hold on.The music video Hold on was directed by Clearance Peters.

David Adedeji Adeleke popularly known as Davido is one of Nigeria’s top music artist. Davido hit the Nigerian music industry in 2011 with his music album Omo Baba Olowa. Sho le Crooner Sean Tizzle could sometimes referred to as Davido’s twin. The resemblance of this two musicians have sprouted questions like whether the duo are related.

3. May D and Adekunle Gold

Former Square record music artist now signed to confam records May D is one of Nigeria’s most promising artist. The Ibadi Crooner recently collaborated With WizKid in a new single titled Bamilo.
MayD looks like YBNL music star Adekunle Gold who has been at the top of Nigerian music industry since 2015.

Genevieve Nnaji is an award winning Nigerian actress and singer. She is often tagged as one of the most successful Nollywood actress.The mother of one looks like her colleague in the movie industry Ivie Okujaye. Ivie Okujaye is a Nigerian actress, producer, scriptwriter, dancer, singer and activist. In 2009 she participated in Amstel Malta Box Office reality TV show and victorious.

Hank Anuku is a popular Nigerian actor known for his villian character in Nollywood movies. The Ibadan born actor is said to look like Majek Fashek who is popular reggae artist and song writer