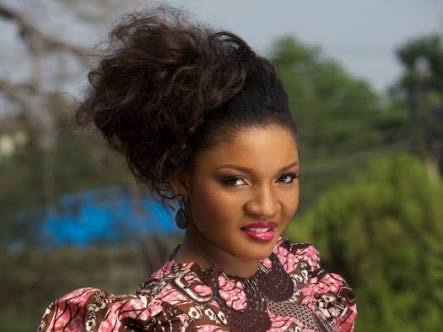 Omotola was born on 7th February 1978 in Lagos State. She is the only daughter of Mr Oluwashola and Mrs Oluwatoyin Jalade and has two other younger brothers;Tayo and Bolaji Jalade. Omotola Jalade orginially hails from Ondo State but was born and brought in Lagos State, Nigeria.

Omotola had her primary school at both chrisland school, opebi and Oxford children School, later on she proceeded to both Santos Layout and Command Secondary School kaduna where she had her secondary education respectively. She also briefly studied at Obafemi Awolow University before completing her studies at yaba college of technology, where she studied Estate Management.

Omotola never had plans to act as her original ambition was to work in business  management but accidentally she was introduced to acting by a friend which she accompanied for an audition.

Omotola’s acting career started in 1995 where she took the lead role of two Nigerian best movies then; Venom of Justice and Mortal inheritance. Ever since then,  she has starred in several blockbuster movies including;Games women play, Bloodsisters, All my life, Last wedding, My story and others.

Omotola was one of the first Nigerian actor to receive her first cinematic movie role in the year 2010 film tittle “ije” which she co-starred with Genevive Nnaji. The movie was shot at locations in Jos , California and Los Angeles. The Movie was the highest grossing Nollywood Film at the time.

Aside from being an actress, Omotola is also a musician and has released a couple of music albums with the recent ones featuring International Stars like Bobby Valentino. She is also one of the first entertainers in Nigeria to launch a reality TV show called Omotola:The Real Me

In 2013, she was one of the 100 most influential people in the world to made it to Time Mazagine alongside with Michelle Obama and Kate Middleton.

Omotola Jalade Ekeinde is currently married to Captain Matthew Ekeinde who is a renowed pilot and aviation personality and the marriage is blessed with four children.

Omotola Jalade has made outstanding achievements in the entertainment industry; particularly with Nigerian Movies. She has amassed over 40 local and international awards. Omotola is currently one of the richest and most influential actors in Nigeria today. Omotola won the Best Actress in a Supporting Role’ during the African Movie Awards in 2005.