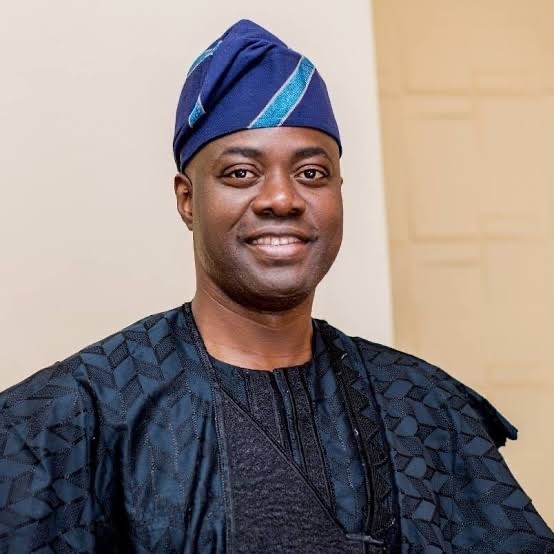 Oluwaseyi Abiodun Makinde is a Nigerian politician, business man, an engineer, a philanthropist and a subject matter expert on fluid and gas metering. He is the current governor of Oyo State. Seyi Makinde was born on December 25, 1967 in Ibadan, Oyo state. His father Olatubosun Makinde was a renowned teacher while his mother Madam Abigail Makinde is of Aigbofa Compound in Oja’ba, Ibadan, Oyo state.

In 1985, Makinde proceeded to study Electrical Engineering at the University of Lagos (UNILAG). In 1998, Makinde trained on Safety Shutdown System; and Development of Analytical Competence for Managing Operations at Lagos Business School (now Pan-Atlantic University) at the Industrial Control Services Houston, Texas, USA.

After graduating from school Seyi Makinde proceeded for his compulsory National Youth Service Corps (NYSC). Makinde served with Shell Petroleum Development Company(SPDC) of Nigeria. He was later engaged as a primary engineer till 1992. Makinde worked as field Engineer for Rebold International Limited. In 1995, he was appointed field manager.

Makinde’s political ambitions started in 2007, when he ran to represent Oyo South in the senate under the platform of All Nigeria Peoples Party (ANPP) but lost to Peoples Democratic Party (PDP) candidate Kamoru Adedibu. In 2011, Makinde aspired to become a Senator under the People’s Democratic Party (PDP) but lost in the primaries to the incumbent Senator Kamoru Adedibu.

In September 2017, Makinde defected to PDP after the Caretaker National Chairman Ahmed Makarfi visited him in his Ibadan residence. In September 2018, Makinde won the PDP primaries to run for Oyo state Governor in the 2019 general election.

In 2019, Makinde polled 515, 621 votes to beat his closest rival, Mr Adebayo Adelabu of the All Progressives Congress (APC) who polled 357,982 votes. Makinde was declared winner of the Oyo state Governorship election.

Makinde has won series of awards and is a member of various professional bodies.

• Fiditi Grammar School (Oyo State)- Old Student Merit Award in appreciation to the commitment, dedication and service to the association and humanity.

• Federal Radio Corporation of Nigeria (Ibadan)- awarded Seyi “Astute Politician of the Year 2018” for his resilience with which he had continued to assist the less privileged in the society.

Seyi Makinde is a member of

• Council for Regulations of Engineering in Nigeria(COREN)

• Institute of Measurement and Control UK

Seyi Makinde is married to Dr. Tamunominini Esther Makinde and together they have three Children