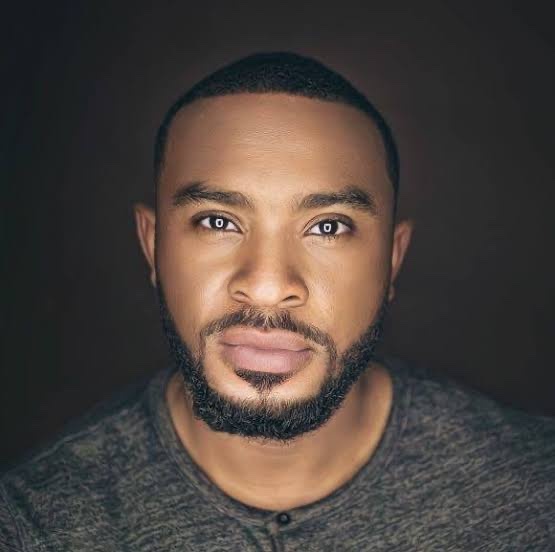 Enyinna Nwigwe was born on 18th September,1982 at Ngor Okpala in Imo State Nigeria. He is a Nigerian actor and producer. Nwigwe is popular for his movies The Wedding Party, Black November and Black Gold.

Enyinna Nwigwe was raised alongside his brother and two sisters. He is one of the sexiest actors in Nollywood.

Enyinna Nwigwe studied economics at the University of Calabar.

Enyinna Nwigwe’s career in the entertainment industry started while he was in the University as a runway and print model before moving into acting.

In 2005, he featured in his first movie “Wheel of Change” directed by Jeta Amata. He also featured as Gubabi in Last Game.

In 2011, he featured as Tamuno and co produced Black Gold.

In 2012, he featured in “Black November” alongside Kim Basinger, Mickey Rourke, Vivica A. Fox, Akon, Wyclef Jean, and Anne Heche.

In 2015, he played a lead role as a gay pastor in Hell or High Water for which he openly expressed his commitment to working on “socially relevant film(s).

In 2016, he featured as Nonso Onwuka in wedding party

Following the release of the highest-grossing Nollywood movies of the last Decade by Nigeria’s top film distributor, Film One, Nollywood actor, Eyinna Nwigwe emerges the highest selling Nollywood actor of the decade having featured in the highest-grossing movies of the decade such as Wedding Party 1, Wedding Party2, Living in Bondage and the likes, promises to increase the numbers in 2020 with “Dear Affy” movie set for Cinemas February 14, 2020.

The actor who is well known for his exceptional role interpretation skill has proven he has what it takes to stay in the industry and has promised to bring his magic to 2020’s most anticipated movie, “Dear Affy” directed by entertainment and media entrepreneur, Samuel Olatunji (Bigsam) where he played the role Michael and starred alongside superstars such as Toyin Abraham, Kehinde Bankole, Williams Uchemba, Odunlade Adekola, Chiwetalu Agu, Jide Kosoko, Ali Nuhu, Bimbo Ademoye and the likes

In an interview with Ebuka on Rubbin Minds, he said “it comes naturally for me, because like I said I live life on my terms, I am not boxed into set standards or how you operate, I go how I feel and I feel originality is key and it comes from self-expression…so yes, talent is not enough anymore, it is just like how love isn’t enough for a relationship, you know the time has changed, dynamics has changed…Talent is still core but it takes more than talent to be seen and appreciated”

Eyinna Nwigwe is definitely someone to look out for in the new decade as he starts his decade with the most anticipated movie of 2020, “Dear Affy” directed by Samuel Olatunji which promises to be the highest-grossing movie Nollywood will ever see in recent times.