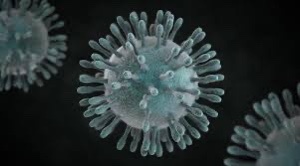 Corona virus is a viral diseases that is transmitted from animals to humans. These viruses are known to cause illness ranging from cold to a more severe disease. As at January 2020, there have been an outbreak of corona virus in China.

Where and when did the infection start?

A seafood market in the central Chinese city of Wuhan have been earmarked as the source of the corona virus outbreak. According to the city health commission, the virus broke out between December 12 and 29, 2019. A recent research has pointed to bats and snakes as the primary source of the virus.

How does Corona Virus spread?

Corona virus dwells mostly in the body of their host. The disease reservoir could be domestic or wild animals ranging from pigs, to birds, dogs, cats and camels.

The disease is spread once a human comes in close contact with the host animal.

The virus are housed in the respiratory tract and are spread through coughing and sneezing.

Corona virus also spreads once you come in contact with contaminated surfaces or objects.

NB: The virus mutates in the body of the host and spills into a broader population.

Avoid touching your eyes, nose and mouth without washing your hands

Visit the hospital when you are sick

How far has the disease spread?

Currently there are over 14 million cases of corona virus outbreak around the world.

Is there any vaccine for corona virus?

There is no vaccine for corona virus. However, research is ongoing to discover a vaccine for the deadly virus.

Professor Robin Shattock, from Imperial College London, said his team had “two vaccine candidates” developed from the genetic sequence of coronavirus provided by Chinese scientists, and some British experts are confident that a vaccine could be available within weeks.

China has started building a hospital for treating only patients infected with the virus. China hope to finish the hospital within 6 days.

China has reported the first successful treatment of Corona virus patient in Shanghai. The 56 years old patient had normal body temperature for 6days during her treatment. Her respiratory symptoms was reported to have improved significantly. She was later discharged after there were no traces of the sickness in her body.

Use of Hydroxychloroquine for the treatment of Corona Virus

Hydroxychloroquine side effects include include vomiting, headache, changes in vision and muscle weakness as well as allergic reactions,  nausea and occasional stomach cramps with mild diarrhea. The most serious adverse effects affect the eye.

In 2014, there was controversy in its efficacy in treating Sjögren syndrome. Hydroxychloroquine is widely used in the treatment of post-Lyme arthritis. It may have both an anti-spirochaete activity and an anti-inflammatory activity, similar to the treatment of rheumatoid arthritis.

On 19th March 2020, United States President Donald Trump announces that the Food and Drug Administration (FDA)can use hydroxychloroquine for the treatment of COVID-19. However, the FDA said more research needs to be conducted before the drug is made available for patients.

The President of Madagascar Rajoelina announced that the country has found an organic cure to the dreaded Covid-19.

According to Malagasy Institute of Applied Research, the cure which was gotten from Artemisia plant was tested on two of their patients and they recovered from the Corona Virus.

The country which recorded minimal infection rate said most of the patients who recovered from Covid-19 were treated with the Covid Organics (CVO).

Full list of countries with cases of Corona virus

So far there have been over 14.9million cases of Corona Virus across the world and 614,000 deaths recorded. However, over 9million has recovered from the virus.

Note: Contents101 list of countries with Corona virus is updated every 24 hours

Countries with no case of Corona virus

States with cases of Corona Virus in Nigeria

States with cases of Corona Virus in Nigeria