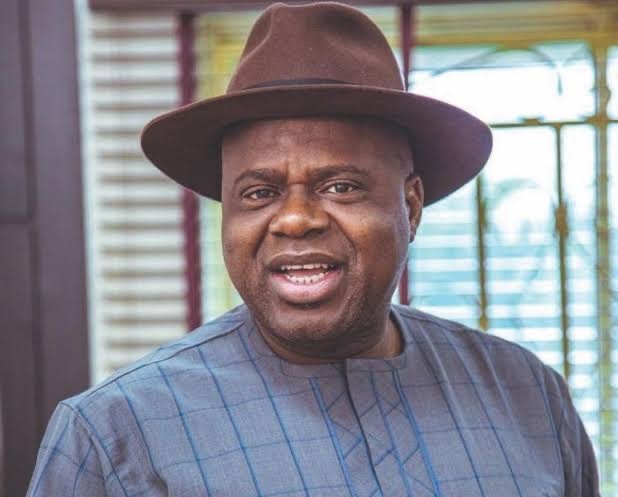 Diri Duoye was born on 14th June, 1959 in Kolokuma/Opokuma Local Government Area of Bayelsa State. He is a Nigerian Politician and businessman. He is a Chieftain of the Peoples Democratic Party (PDP). Duoye became governor after the Supreme Court nullified the election of David Lyon of the All Progressive Congress (APC).

In 1990, Duoye obtained a degree in Political Science from the University of Port-Harcourt, Rivers State.

Diri Duoye started his career as a teacher. He taught in various government schools in old Rivers State.

In 2005, he was appointed the Commissioner for Youth and Sports. He held the position till 2006. He was the Council Board member university of Maiduguri from 2008-2012.

In 2012, Duoye was appointed Chairman of the People’s Democratic Party (PDP) Disciplinary Council in Bayelsa State and later the Deputy Chief of Staff. He served as the Principal Executive Secretary from 2013-2014.

In 2014, Duoye picked the nomination form to represent Yenagoa, Kolokuna and Opokuma Constituency in the Federal House of Representatives. He won the 2015, gubernatorial election under the platform of the Peoples Democratic Party (PDP).

In 2018, Duoye picked up nomination form to run for Bayelsa State Governor under the Peoples Democratic Party (PDP). He lost to David Lyon but emerged as governor of Bayelsa state after Supreme Court disqualified David Lyon

On 13th February 2020, a five man panel led by Justice Mary Peter-Odili nullified the election of David Lyon, a day before his swearing in as governor of Bayelsa State.

On 17th August, 2020, an election tribunal sacked Diri Duoye as the governor of Bayelsa State.

According to reports, a three man panel led by Justice Ibrahim Sirajo said the Independent National Electoral Commission (INEC) was wrong to have excluded Advance National Democratic Party (ANDP), in the November 2019 elections.

Justice Yunusa Musa while delivery the judgement, ordered INEC to conduct a fresh election within 90 days.