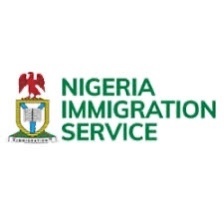 E. H. Harrison, Esq was the first Chief Federal Immigration Officer (CFIO). In 1977 the agency was restructured and the head of Immigration Services was headed by the Director of Immigration.

The first female Comptroller General of the Nigeria Immigration Services (NIS) Lady U. C. Nwizu, was appointed by former President Olusegun Obasanjo in 2000.

The Comptroller General of the Nigeria Immigration Services is appointed by the President of the federation.