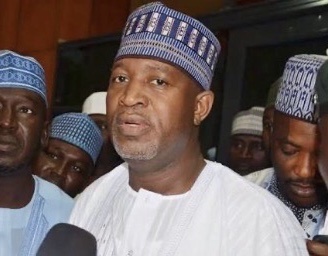 Senator Sirika Hadi was born on 2nd March, 1964 in Dutsi, Kastina state. He was a pilot, a Nigerian politician and the Minister for Aviation. Senator Hadi was a member of the House of Representatives and a former Senator. He represented Kastina North in the Nigerian Senate under the platform of Congress for Progressive Change (CPC) from 2011-2015.

Hadi was elected into the Federal House of Representative in 2003 and he left office in 2007.

In 2011, Sirika Hadi was elected to represent Kastina North in the Nigerian Senate under the platform of Congress for Progressive Change (CPC).

While in the Senate, Hadi was the portal vice chairman Millennium Development Goal (MDG) and a member of the Senate Committee on Aviation. He also served in various committees in the Nigerian senate.

In 2015, Hadi announced in Daura that Mohammadu Buhari have been convinced to run for President in the 2015 general election by elders of the party.

After the emergence of President Buhari as the winner of the 2015 gubernatorial elections, Hadi was appointed minister for state on Aviation, a position he held till 2019.

He was reappointed by President Buhari after he won his second term bid as the minister of Aviation.

Sirika Hadi is married with Children