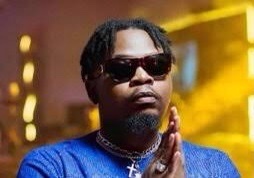 Olamide Adedeji popularly known as Olamide badoo is a Nigerian hip hop recording artist, singer, rapper song writer and the CEO of YBNL Nations. He is popular for recording mostly in Yoruba dialect. Olamide was born on 15th March 1989 in Bariga, Lagos state. Olamide was the first Nigerian artiste to sign an endorsement deal with Ciroc.

Olamide went to primary and secondary school in Lagos. Then, he decided to pursue a degree in Mass Communication at the Tai Solarin University of Education.

In 2000, he decided to pursue a career in music. However, it was not until 2010 that he started recording songs. Most of his songs are done in Yoruba, his native language. His first song, “Eni Duro” which he recorded with Coded Tunes was what brought him to limelight. That same year, Olamide performed at The Hip Hop World Awards.

In 2011, he released his debut studio album Rapsodi while signed to Coded Tunes. In 2012, he left Coded Tunes and started his own record label YBNL Nation.

In 2020, Olamide’s YBNL Nation signed a joint venture deal with international distribution company, Empire. He further stated that Fireboy DML, and any new artiste signed to YBNL Nation will join him to benefit from the deal.

Olamide is in a relationship with one Aisha Suleiman. They have been together since 2014 and has a son named Batifeori Maximilliano Adedeji who was born on the 30th of January 2016, in St. Ives Hospital in Lagos. Olamide proposed to his girlfriend in 2018 but they are yet to be married.

He is one of the richest Nigerian musician with a financial networth estimated at $12 million.