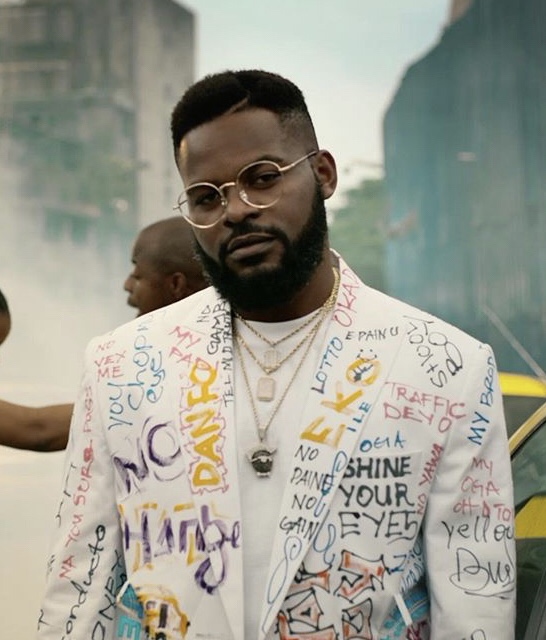 Biography of Falz, Career and Net Worth

Folarin Falana popularly known as Falz is a Nigerian rapper, songwriter and actor. He was born on October 27, 1990 in Lagos, Nigeria to Femi and Funmi Falana, renowned Nigerian lawyers and human right activists. He is also called Falz the BAHDguy (Brilliant And Highly Distinct Guy). He is known for his funny accent in his movies and music. His style of music is Wahzup music. It is a combination of comic lyrics with contemporary hip hop in a faux Yoruba accent. In this article, you’ll find out what you need to know about him.

For his primary education, Falz attended St. Leo’s Catholic Primary School, Ikeja. He moved on to Olashore International School, Osun, for his secondary education. He then proceeded to the University of Reading, England and graduated with an LLB honours degree in Law. He later graduated from Nigeria Law School in Abuja and was called to Bar in 2012.

Although educationally trained to be a lawyer, Falz from a very young age developed an interest in music. Any wonder why he chose to pursue it as a career. While in secondary school, he started a music group called The School Boys. However, he professionally started his career in 2009 and in that year, he dropped his first mixtape collections titled Shakara. He then released another single titled Waz Up Guy which was followed by High Class and later Currency. In 2014, he released his first studio album titled Wazup Guy. Over the years, he has released three other albums titled: Stories That Touch (2015), 27 (2017) which was to mark his 27th birthday and Moral Instruction (2019).

In 2018, Falz released a music video, “This is Nigeria” inspired by Childish Gambino’s, “This is America”, which highlighted some issues in Nigeria such as corruption and bribery. However, it was banned by the National Broadcasting Commission (NBC) who claimed it was vulgar. Falz then, sued NBC for #100 million.

Falz as an actor has featured in movies such as: Jenifa’s Diary, Couple of Days, Tinsel, 10 Days in Sun City, New Money, Merry Men: The Real Yoruba Demons, Merry Men 2, and Chief Daddy.

In August 2020, Falz unveiled his film production company called House21TV and also went on Instagram to unveil an all new comedy series, “Therapy” to be shown exclusively on YouTube. He also has a record label called Bahd Guys.

The talented and successful artiste as much as we know is still single and Falz has an estimated net worth of about $5 million. He was also the highest paid actor in 2019.