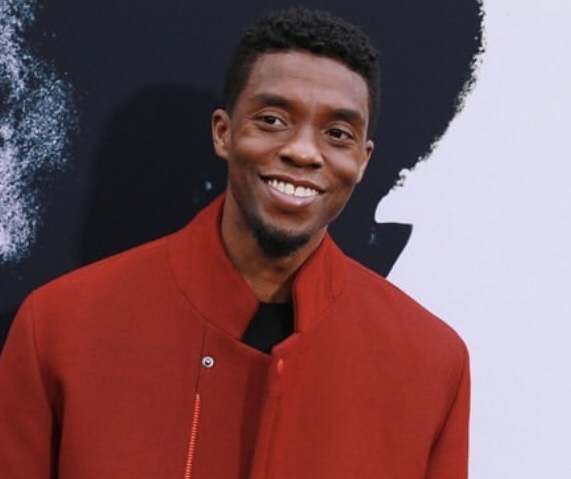 Chadwick Aaron Boseman was born on November 29, 1976 at Anderson, South Carolina, U.S. Chadwick Boseman was an American actor and producer. He is popular for staring in one of Marvel Cinematic Universe most notable movie Black Panther in 2018. Boseman also featured in Avengers End game in 2019.

Boseman in an interview said that DNA test indicates his ancestral home is Yoruba people from Nigeria and Limba people from Sierra Leone.

In 2000, Chadwick Boseman graduated with a Bachelors in Fine Art from Howard University in Washington, D.C. He proceeded to Oxford Mid-Summer Program of the British American Drama Academy in London.

In 2003, Boseman got his first role as an actor in an episode of Third Watch and day time soap opera “All My Children “. He was fired from his role in “All My Children ” after he raised concerns over racist stereotypes in the script.

He also featured in episodes of CSI New York, Law and Order and ER in his early career.

Chadwick Boseman initially wanted to write and direct but after his graduation from New York City’s Digital Film Academy, he worked as a drama instructor in the Schomburg Junior Scholars Program.

In 2008, Boseman moved to Los Angeles to pursue his career in acting. During the said period he featured in the television series Lincoln Heights, where he played reoccurring roles. He also featured in first feature film, The Express: The Ernie Davis Story.

In 2010, Boseman landed a regular role in another television series, Persons Unknown.

In 2013, Boseman landed his first lead role in the movie 42, where he starred as baseball pioneer and star Jackie Robinson. He also starred in the indie film The Kill Hole.

Boseman considered giving up acting to become a full time director when directing an off-Broadway play in East Village when he auditioned for the role.

In 2014, Boseman played the role of NFL draft prospect in Draft Day. He also starred as James Brown in Get on Up.

In 2016, Boseman featured as Thot in Egyptian deity movie “Gods of Egypt “. Later that year he started portraying the Black Panther/Tchalla character after a five picture deal Marvel. He later featured in Marvel’s Captain America; Civil War later that year.

In 2018, Boseman played the role of Tchalla in Marvel’s 2018 movie “Black Panther. He played the same role in Marvel’s Avengers: Infinity War and Avengers: Endgame, which were released in 2018 and 2019, respectively.

In 2019, he stared as a New York Police detective in 21 Bridges, an American action thriller directed by Brian Kirk. Later in 2019, it was announced that Boseman will feature in Netflix war drama film Da 5 Bloods which was released in June 2020.

Chadwick Boseman was married to singer Taylor Simone Ledward. He is a Christian.

Despite chemotherapy and several surgeries, Boseman continued to work and film movies like Marshall, Da 5 Bloods, Ma Rainey’s Black Bottom and others.

However, on 28th August 2020, Chadwick Boseman died at the age of 43 of complications from cancer in his residence with his wife and family by his side.

According to Celebrity Net Worth, Chadwick Boseman net worth is estimated to be $12million at the time of his death