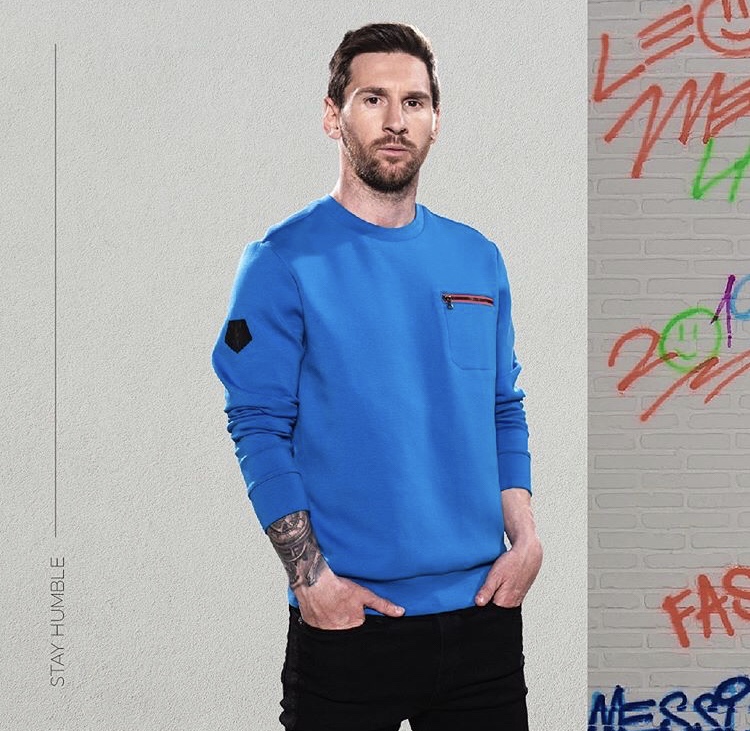 Considered one of the best and greatest of all times (G.O.A.T.), Lionel Andres Messi Cuccitini is an Argentine professional footballer who plays as a forward and captains both Spanish club, Barcelona and the Argentina national team. He was born on June 24, 1987 in Rosario, Argentina. Messi is often times compared with Portuguese striker Cristiano Ronaldo .

Born into a football loving family, Messi developed a passion for football at an early age. At age four, he joined a local club, Grandoli, where he was coached by his father. However. He was greatly influenced by his grandmother who took him to training and matches. How celebration style of looking up and pointing to the sky is said to be a tribute to his late grandmother. At six, he joined the Rosario Club, Newell’s Old Boys and for six years, he played for the club, scoring almost 500 goals. At age 10, he was diagnosed with a growth hormone deficiency which threatened his future as a professional player.

On account of a trial with Barcelona and a contract which included paying for his treatment in Spain by Carles Rexach, the then sporting director of FC Barcelona, he and his father trelocated to Barcelona. After a year at Barcelona’s Youth Academy, LA Masia, he was enrolled in the Royal Spanish Football Federation and started playing in all competitions. And till date, he’s still a player in Barcelona.

Messi progressed through the ranks of Barcelona’s junior team, leading to his move to the senior team. He debuted for five teams in a season. During the international break, Messi was among the few players who helped strengthen the first team in the absence of the players. He finally debuted for the senior team at the age of 16. Messi’s wondrous performance earned him the friendship of Barcelona’s star Ronaldinho, who enabled him to have a smooth transition into the first team. His remarkable antics earned him a contract in 2004 set to expire in 2012, which was the first professional contract he signed, with a buyout clause of 30 million euros which increased to 80 million euros.

In the 2004–2005 season, he became a regular starter in Barcelona’s B-team. However, he was a substitute player in the A-team, debuting for them in the league on October 16 against Espanyol. Messi signed a new contract with Barcelona as a senior team player on his 18th birthday. The contract was set to expire in 2010, with a buyout clause of 150 million euros. Messi caught the attention of European top clubs, one of such Inter Milan, indicated interest in Messi, offering to triple his wages as well as pay his 150 million euros’ buyout clause. However, Messi opted to stay. In September of that season, his contract was updated and was set to expire in 2014. After acquiring Spanish citizenship, Messi began playing alongside Samuel Eto’o and Ronaldinho forging a powerful attacking trio.

During the 2006–2007 season, at the age of 19, Messi became one of the best players in the world. Following the decline of Ronaldinho, Messi became Barcelona’s new star, with Spanish media calling him “Messiah”. He emerged second third in the 2007 Ballon d’Or and second in the FIFA World Player of the Year Award. Following the departure of Ronaldinho, Messi was given the no.10 jersey and signed a new contract with an annual salary of 7.8 million euros, which is Barcelona’s highest contract.

In the 2013–2014 season, Messi signed a new contract with Barcelona which will see him at Camp Nou until 2018. Messi was handed the captaincy in the 2018–2019 season following the departure of Andres Iniesta.

On 15 August, Messi suffered his worst defeat as a player as Bayern Munich beat Barcelona 8–2 in a one-off tie in Lisbon, leading to a disappointing exit from the Champions League. On 25 August 2020, Barcelona confirmed to the Associated Press “that Messi sent the club a document expressing his desire to leave”. On August 26, Barcelona’s sporting director Ramon Planes iterated the club’s desire to “build a team around the most important player in the world” and affirmed Messi will only be able to leave should a buyer pay his €700 million buyout clause. On 30 August, La Liga issued a statement regarding Messi that his contract with Barcelona is still in force and his termination clause is still active.

On his national team, Messi has scored 65 goals in 128 appearances for the Argentina National team. He, however, has failed to extend his successful run with Barcelona to the La Albiceleste. Though he has always put up a good performance, every time he leads the La Albiceleste to a tournament, they end up crashing out in the quarter-final, semi-final or final. Nevertheless, he has won several awards playing for the national team.

Messi is the highest paid footballer with an annual income of $92 million. He is estimated to worth about $400 million.