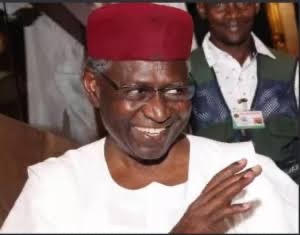 Abba Kyari worked with Fani Kayode and Sowemimo in a law firm before joining New Africa Holdings Limited Kaduna as an editor in 1988. In 1990, he was appointed a commissioner for Forestry and Animal Resources by the Borno State government. From 1990 to 1995, Abba Kyari was the Secretary to the Board of African International Bank Limited.

In 2002, He was appointed a Director of Unilever Nigeria Plc. and later Director of Exxon Mobil Nigeria.

Between 2000 and 2005, Abba Kyari was an honorary member of the Presidential Advisory Council on investment.

Abba Kyari is married to a wife and four children

On 24th of March 2020, Abba Kyari tested positive to Covid-19 after he returned from an official trip in Germany.

Abba Kyari who was reported to be attending series of meetings with President Buhari, VP Osinbajo, the Minsters and the Federal Executive Council.

Abba Kyari blood sample was taken on Saturday despite the fact that he showed no symptoms of Corona Virus. However the result came out positive on Monday

President Buhari however tested negative to the virus

On 18th of April, 2020, A State House Press Release by the Senior Special Assistant on Media and Publicity to President Buhari, Femi Adesina, confirmed that Abba Kyari had died of Corona Virus on Friday 17th April,2020.

CHIEF OF STAFF TO PRESIDENT, ABBA KYARI, PASSES ON

The Presidency regrets to announce the passage of the Chief of Staff to the President, Mallam Abba Kyari.

The deceased had tested positive to the ravaging COVID-19, and had been receiving treatment. But he died on Friday, April 17, 2020.

May God accept his soul.

Funeral arrangements will be announced shortly.

Special Adviser to the President