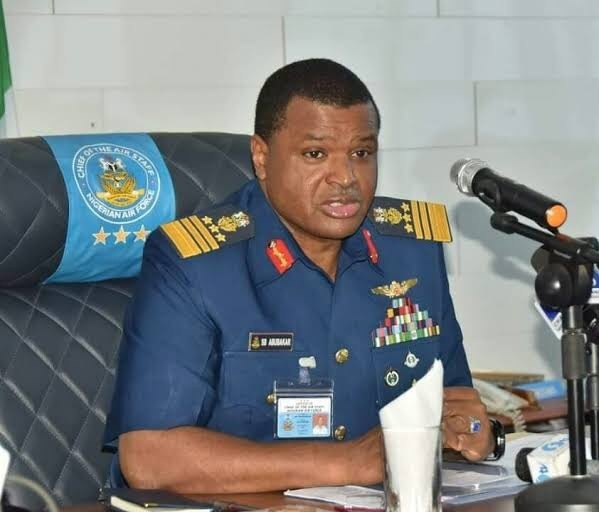 Abubakar obtained a Diploma In Public Administration and a Bachelor of Sciences (BSc.) in Political Science. He proceeded to obtain a Masters degree in strategic studies from University of Ibadan

Air Marshal Sadique Abubakar joined the Nigerian Air Force as a member of the Cadet Military Training Course (CMTC 5) in November 1979. He moved to primary flying training at the Primary Flying Training Wing (PFTW) from 1980 to December 1981 where he graduated as the Best All Round Student and the Best in Flying Cadet Course.

Air Marshal Abubakar moves to Oxford Air Training School, England for a basic flying training. He is rated tactical-type rating on the Mi-35P helicopter gunship and type-rated on the Mi-17.

Training Captain on the aircraft, Commander

Directing Staff (DS) in the Junior and Senior Divisions of the Armed Forces Command and Staff College.

He is the External Examiner, National Defence College since 2010 till date. Between 2012 and 2014, Air Marshal Sadique Abubakar was the Chairman, Participant’s Project Defence Panel.

Appointment as Chief of Air Staff

Following the emergence of President Mohammadu Buhari as the Nigerian President in the 2015 gubernatorial poll, Air Marshal Sadique Abubakar was appointed as the Chief of Air Staff by President Buhari on 13th July, 2015.

In 1997 Air Marshal Abubakar was the Best Officer of the Year, Tactical Air Command.

In 2009 he was awarded the Chief of Air Staff’s Letter of Commendation for good leadership and prudent management of resources by Air Marshal OO Petinrin.

In 2011 Air Marshal Abubakar was awarded the Chief of Air Staff’s Letter of Commendation for good leadership and prudent management of resources by Air Marshal MD Umar.

In 2013 he was awarded the Chief of Air Staff Special Award by Air Chief Marshal Alex Sabundu Badeh.

He is married with children.

On September 24th, 2020,Sadique Abubakar got married to the Sadiya Umar Farouk. Their marriage was reported to be in a private ceremony.