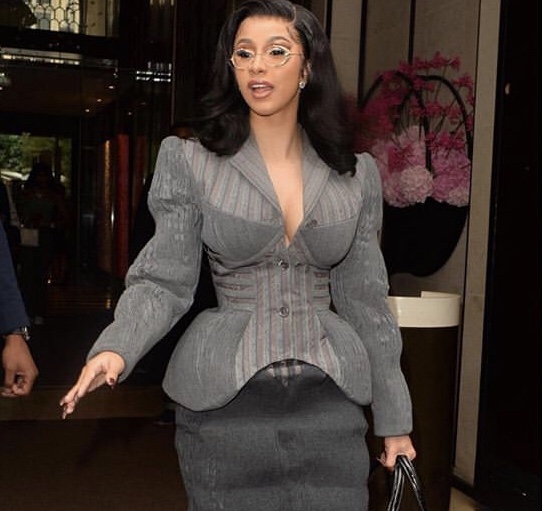 With a success story of ‘Stripper to Successful Rapper’, Belcalis Marlenis Almánzar, known professionally as Cardi B, is an American rapper, songwriter, television personality, and actress. She was born on October 11, 1992, in Manhattan. She developed the stage name “Cardi B” as a derivation of Bacardi, a rum brand that was formerly her nickname.

Cardi B attended Renaissance High School for Musical Theater & Technology, a vocational high school on the Herbert H. Lehman High School campus. In order to escape poverty and domestic violence, having been in an abusive relationship at the time after being kicked out of her mother’s house and also raise money for her education, Cardi B had to become a stripper. She later attended Borough of Manhattan Community College before eventually dropping out.

On her musical career, in November 2015, Cardi B made her musical debut on Jamaican reggae fusion singer, Shaggy’s remix to his single “Boom Boom”, alongside fellow Jamaican dancehall singer Popcaan.

She made her music video debut on December 15, 2015, with the song “Cheap Ass Weave”, her rendition of British rapper Lady Leshurr’s “Queen’s Speech 4″. On March 7, 2016, Cardi B released her first full-length project, a mixtape titled Gangsta Bitch Music, Vol. 1. On September 12, 2016, KSR Group released the compilation, Underestimated which featured her single, ” What a Girl Likes “. The Album, was a collaboration between KSR Group artists: Cardi B, HoodCelebrityy, SwiftOnDemand, Cashflow Harlem, and Josh X.

The song climbed the charts for several months, and on the Billboard Hot 100 chart dated September 25, 2017, “Bodak Yellow” reached the number one spot, making Cardi B the first female rapper to do so with a solo single since Lauryn Hill’s “Doo Wop (That Thing)” debuted atop the chart in 1998. In December, she released two songs: a collaboration with Puerto Rican singer Ozuna titled “La Modelo”, and “Bartier Cardi”, the second single from her debut album.

Her debut studio album, “Invasion of Privacy”, was released on April 6, 2018. In October 2018, Invasion of Privacy was certified double platinum by the RIAA, and the following year it was updated to triple platinum. With the thirteen tracks, she became the first female artist to have all songs from an album certified gold or higher in the US.

On August 3, 2020, Cardi posted a clip on her social media teasing she would make a special announcement the following day after frequently teasing new music. The next day, she announced the new single “WAP” which features Texan rapper Megan Thee Stallion. The song was released on August 7, 2020 as the first single off her forthcoming second studio album, scheduled to be released in late 2020.

In early 2017, Cardi B began publicly dating fellow American rapper Offset, of the southern hip hop group Migos. Cardi B and Offset became engaged on October 27, after Offset proposed to her at the Wells Fargo Center in Philadelphia, during the Power 99 Powerhouse concert.

On June 25, 2018, TMZ found a marriage license revealing Cardi B and Offset had secretly married in September 2017 privately in their bedroom. Cardi B later went on to confirm this in a social media post. In July 2018, Cardi B gave birth to her first child, a daughter named Kulture Kiari Cephus.

Cardi B Net Worth

The young, talented and beautiful female rapper, Cardi B is estimated to worth $24 million.

Tags:Cardi B, Cardi B age, Cardi B Biography, Cardi B Net Worth, Cardi B Songs, musicians, Offset