Terrorism in the world today is a situation that needs addressing. Different terror groups like ISIS, Al Qaeda, Boko Haram have been responsible for the loss of lives and properties across the world. While some countries hardly experience terrorists attacks, others are more prone to terrorism.

According to GTI, the scoring for the most terrorized countries in the world is reflected in the;

Total number of fatalities due to terrorism

Total number of injuries due to terrorism

The level of total property damage due to terrorism in a year. 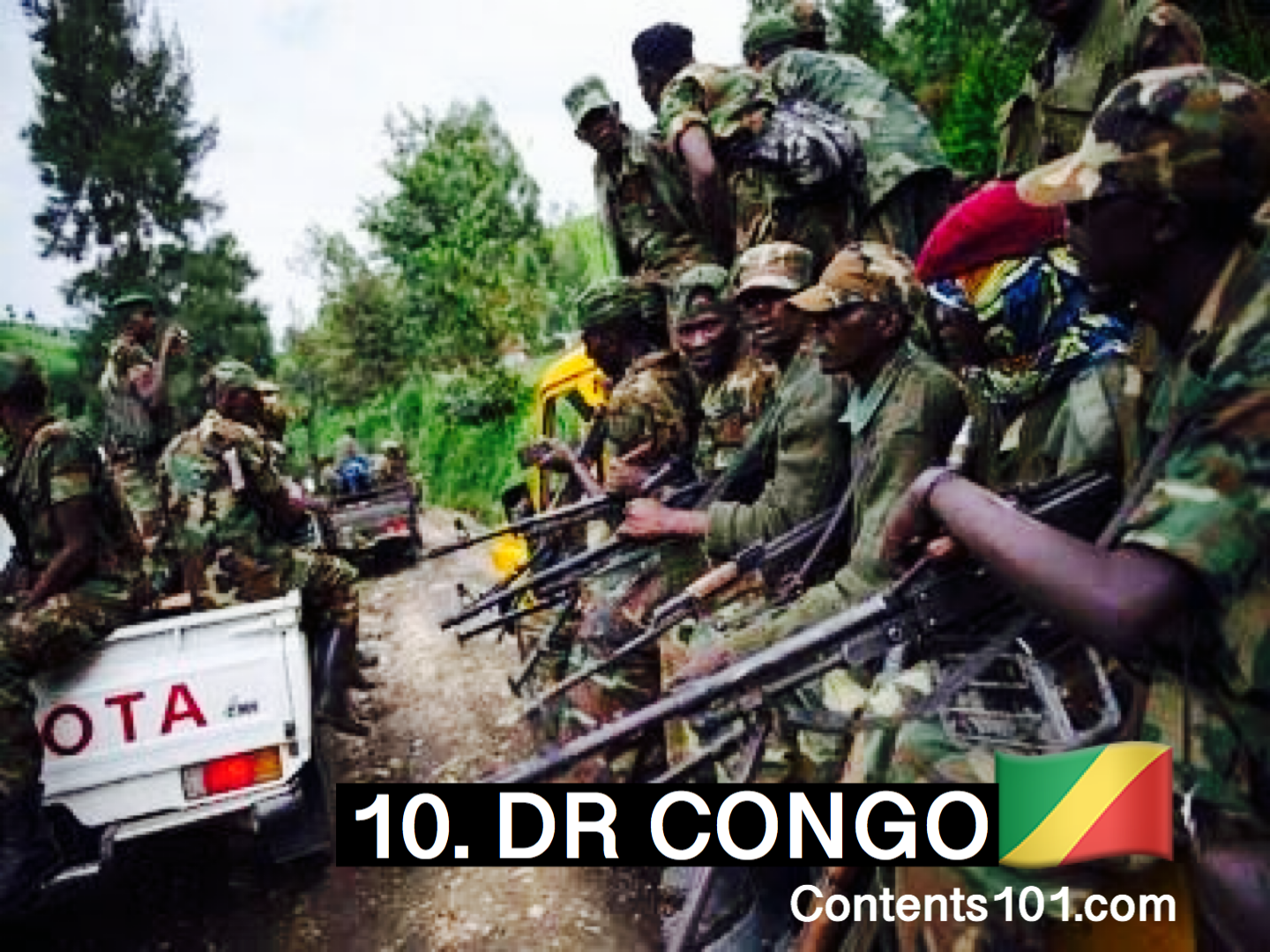 Democratic Republic of Congo is not just one of the most terrorized countries in the world but also in Africa. DR Congo is faced with active rebel faction groups that control territories in DR Congo. Some of the rebel groups in DR Congo are M27, Mai-Mai, National Forces of Liberation, RUD-Urunana, Nyatura, FDLR, Mai Mai Sheka, Mai Mai Yakutumba, Raia Mutomboki, FNI,FRPI and so on. These rebels are responsible for the loss of thousands of life and properties worth millions in DR Congo. 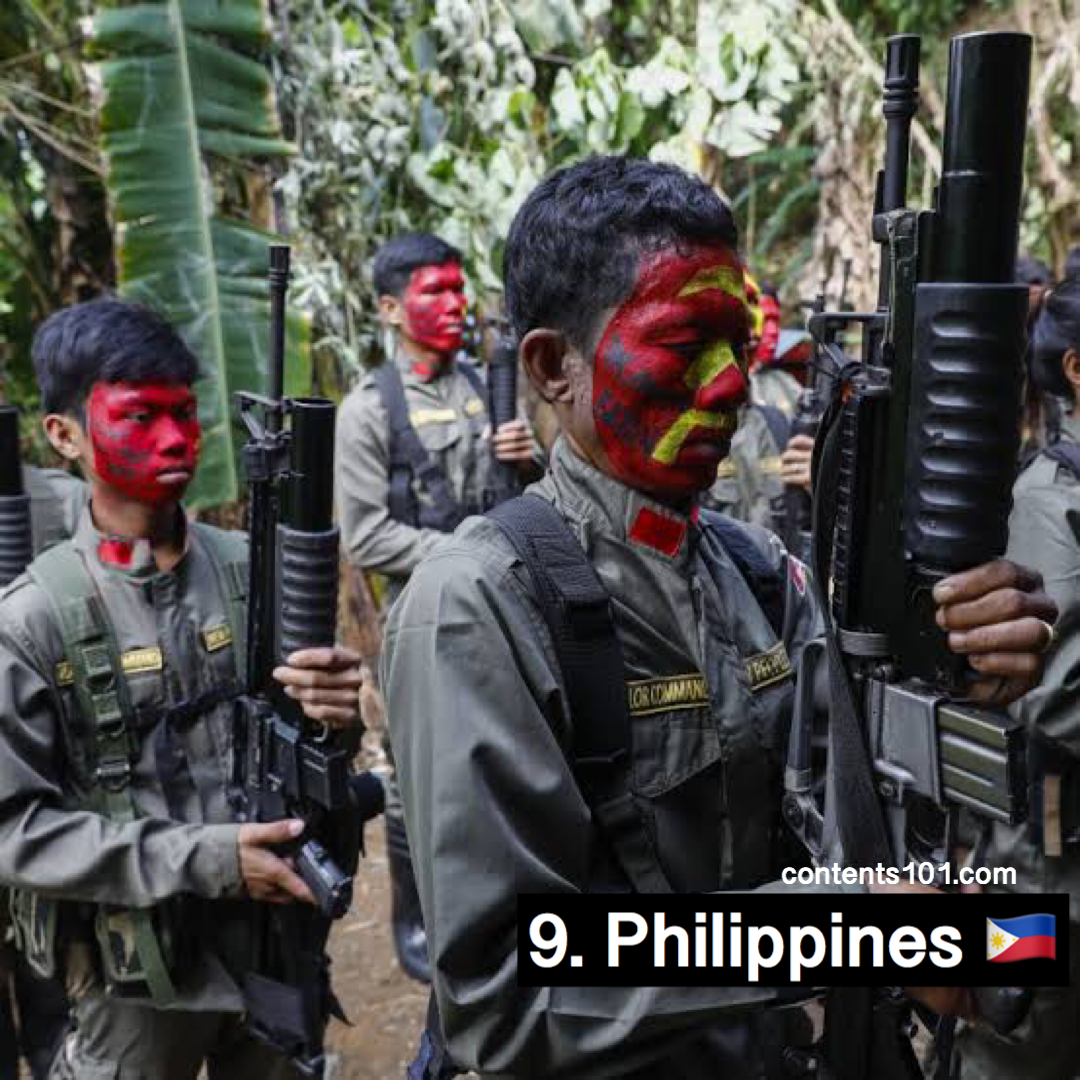 For over a decade, the Philippines armed forces have been fighting an armed groups such as the Leftist, the New People’s Army (NPA), a secessionist groups calling for the independence of Mindanao and so many other armed groups. Though death due to terrorism dropped by 13% in Philippines, terrorism has contributed to enormous loss of lives and properties in Philippines. 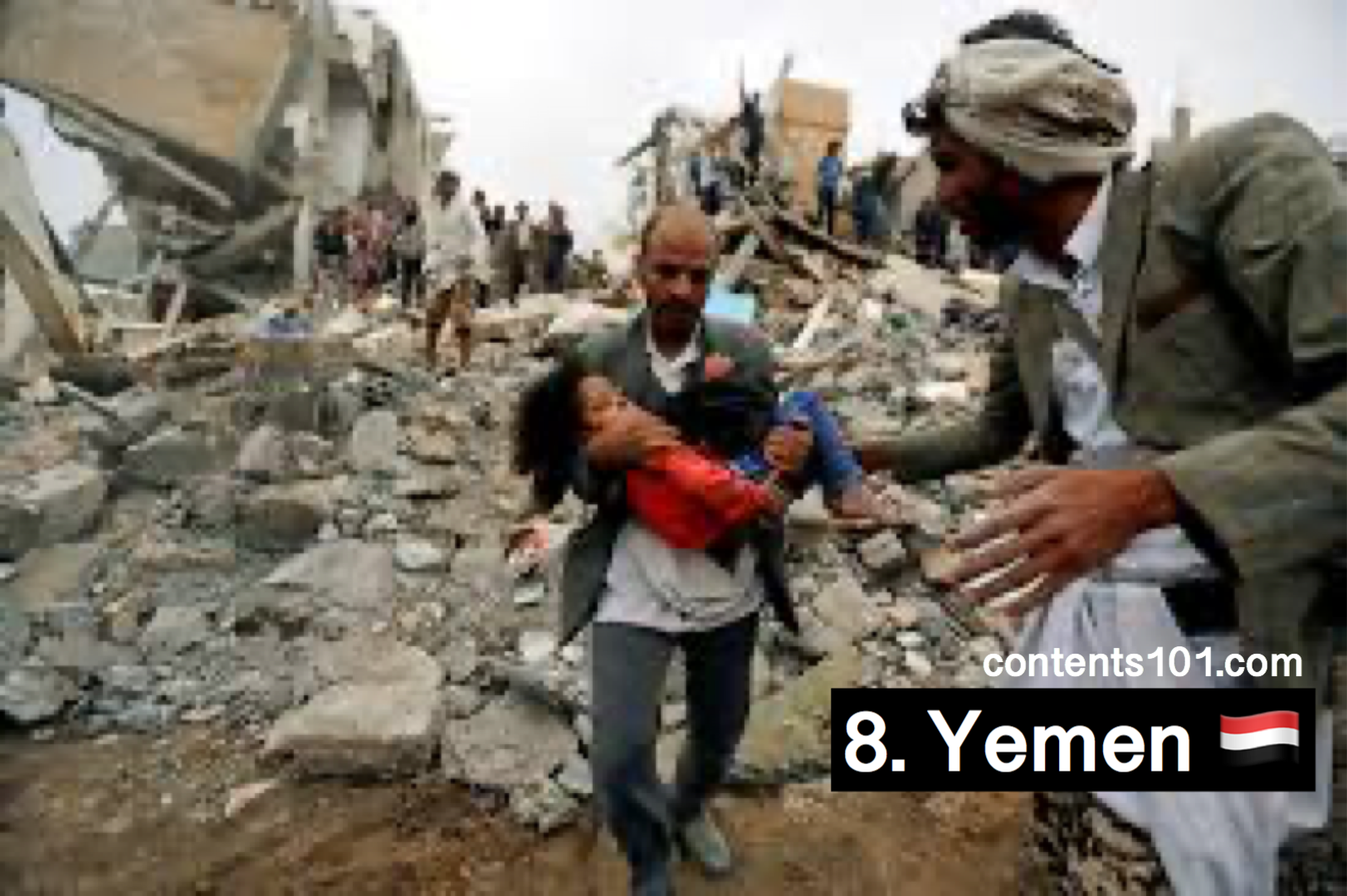 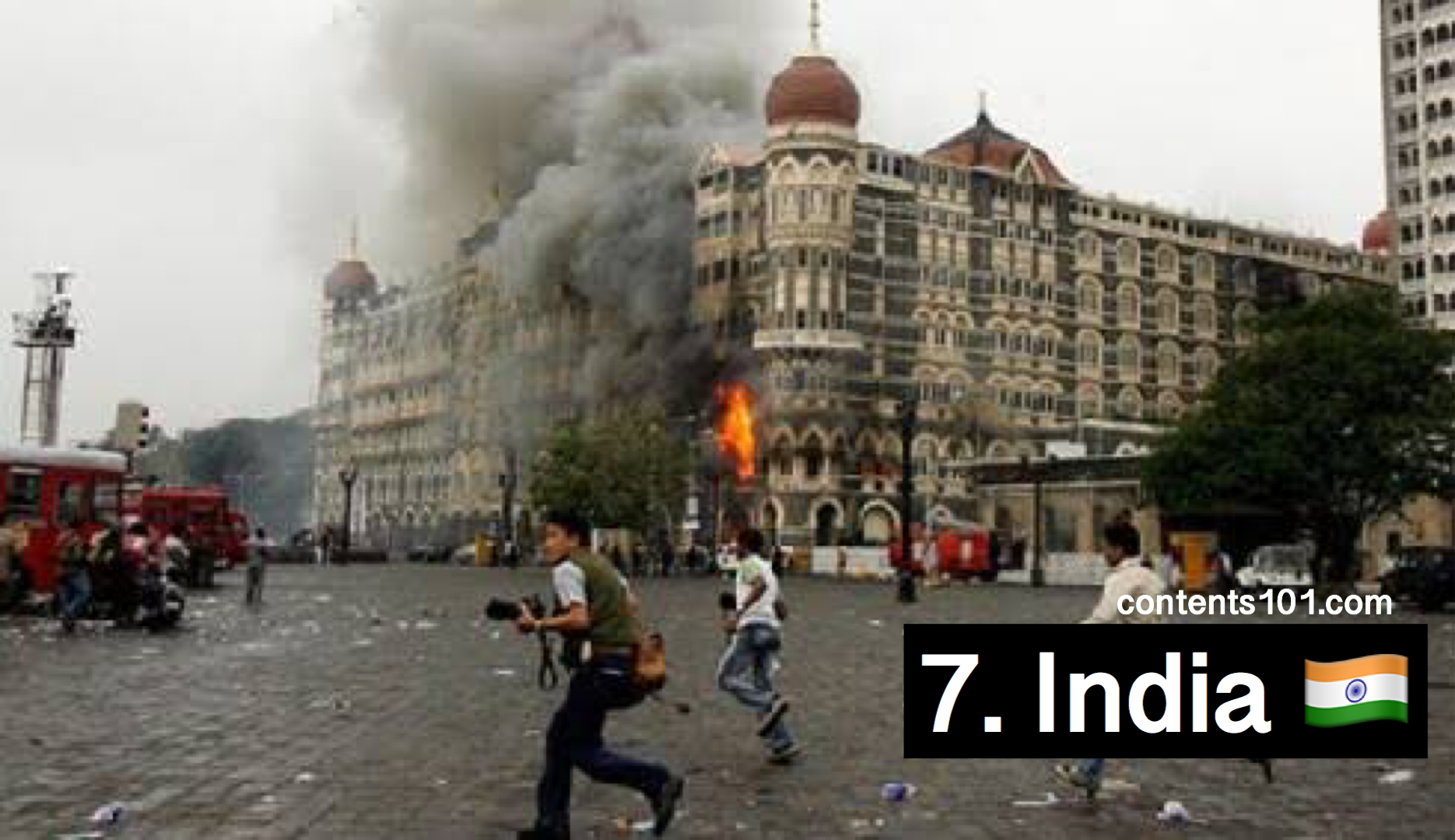 Terrorism in India is as a result of religious and separatist groups. India is terrorized by international terrorist group Lashkar-e-Taiba. Separatist group Hizbul Mujahideen seeking integration with Pakistan is responsible for series of attacks in the northern part of India. Other groups responsible for terrorist attacks in India are Communist Party of India (Maoist), Hizbul Mujahideen, International Sikh Youth Federation, Jaish-e-Mohammed, Indian Mujahideen, Khalisstan Commando Force, Khalistan Zindabad Force and so many others. 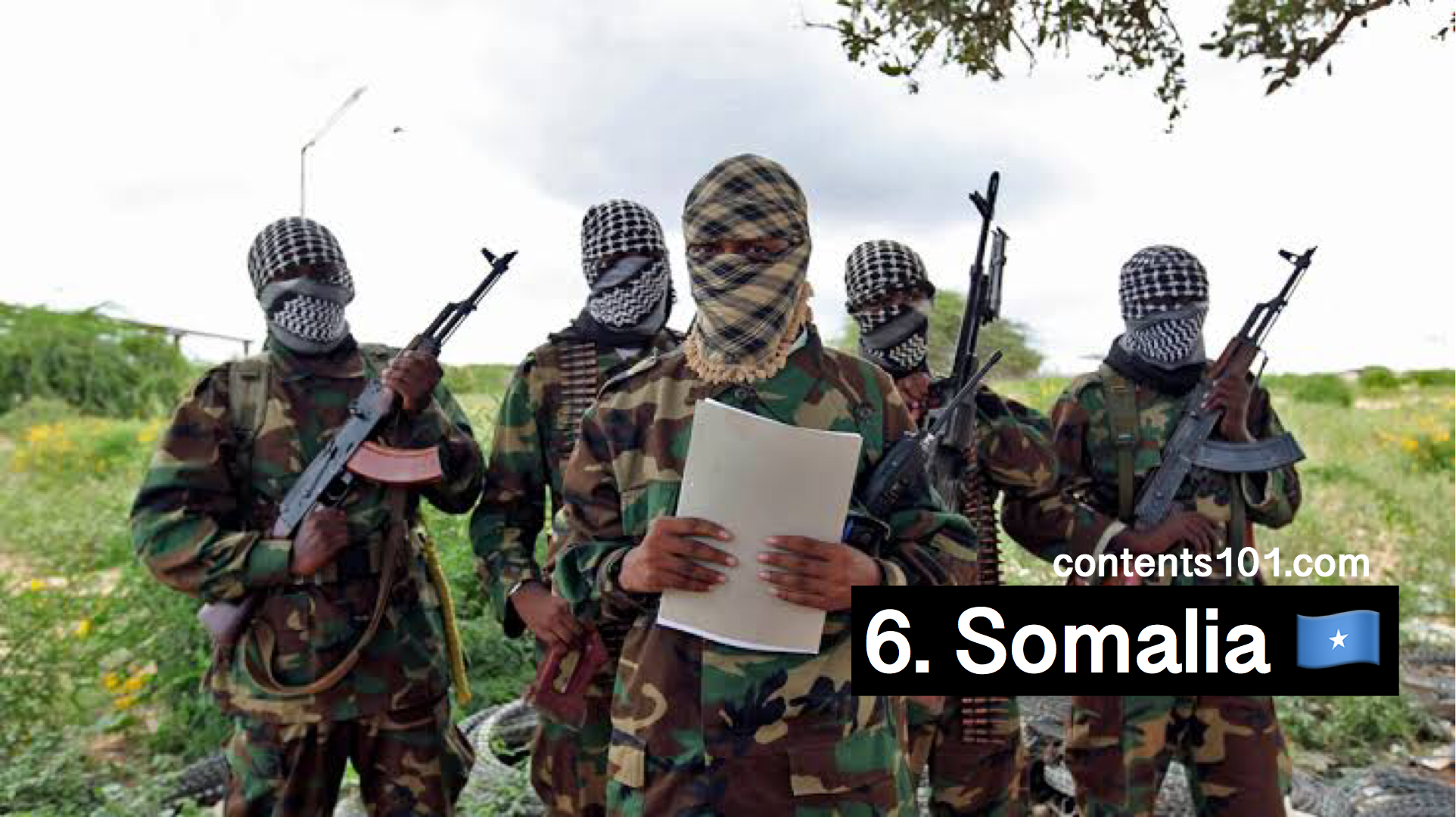 Somalia have been considered by the United States as one of the major sources of terrorism in Africa. Somalia has served as a transport route for movement of materials and men through its porous border. The Al Qaeda and Al Shabaab terrorist groupsx have been responsible for series of social unrest and terrorist attacks in some part of Somalia. 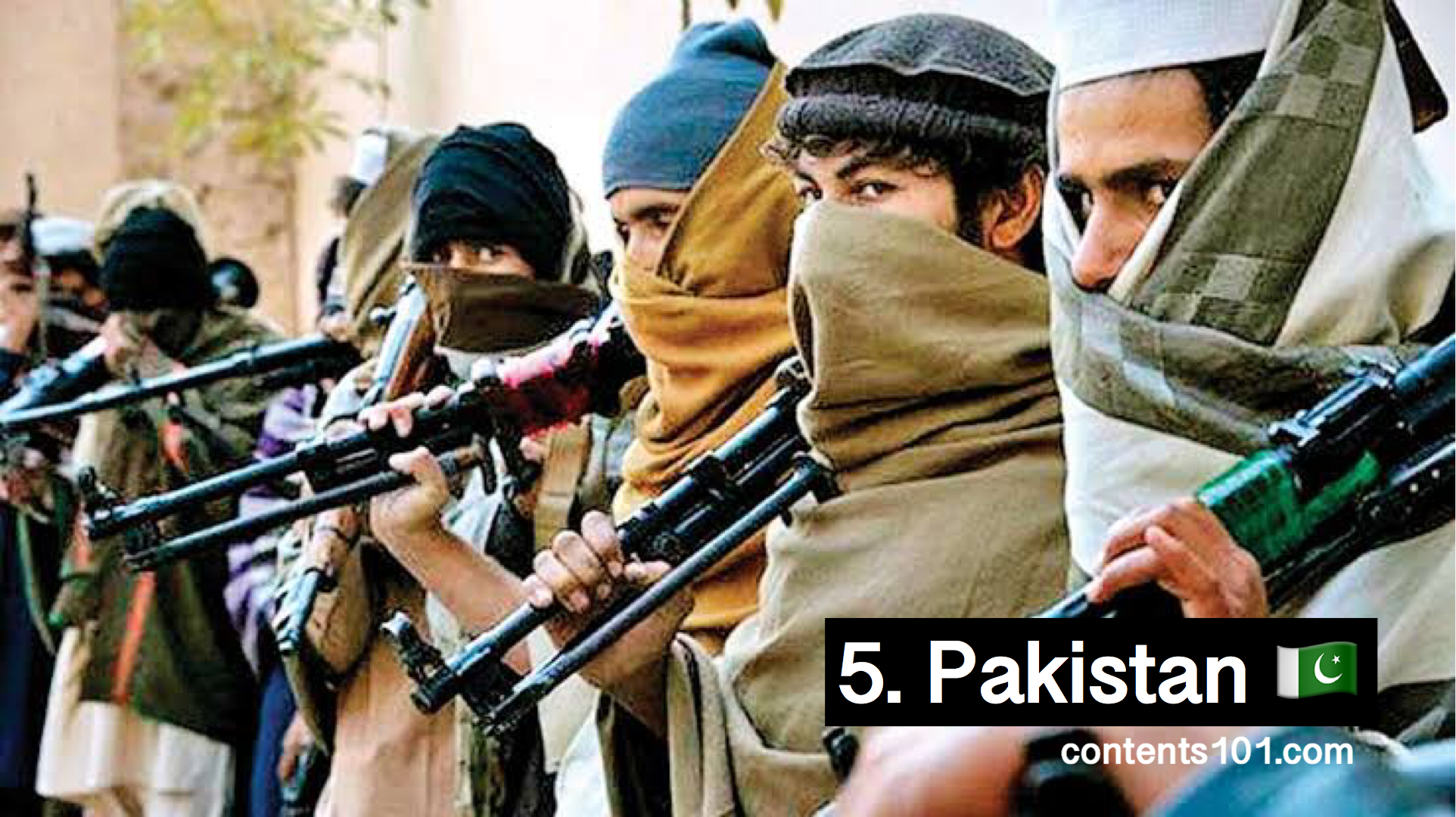 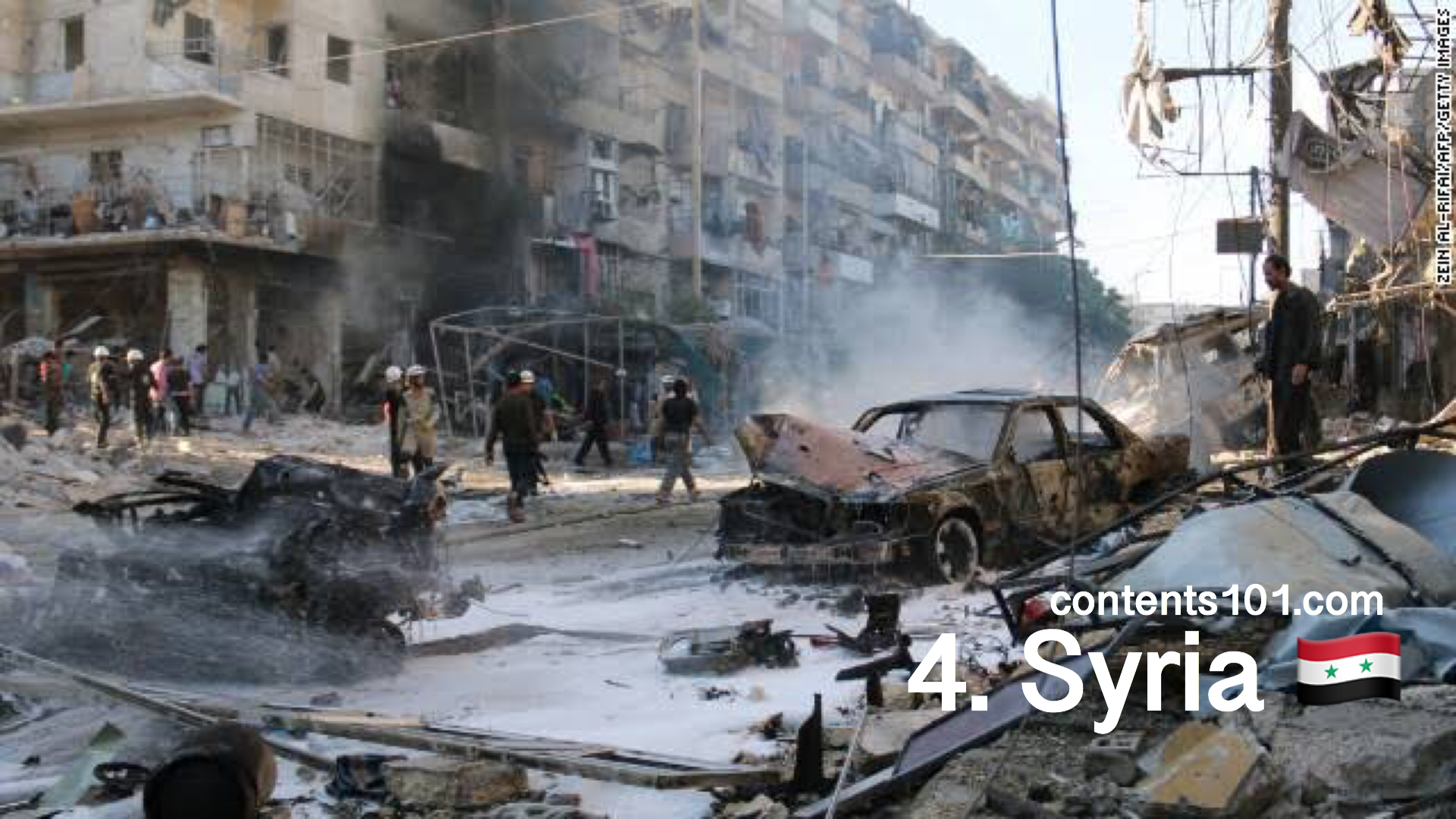 Aside the presence of terrorist groups like ISIL, Islamic Front, Jaysh al-Islam, Ahrar ash-Sham, Free Syrian Army, Supreme Military Council and so many other. The Syrian Civil war which have lasted for over 9 years is a major contributor to the crisis and terror in Syria. 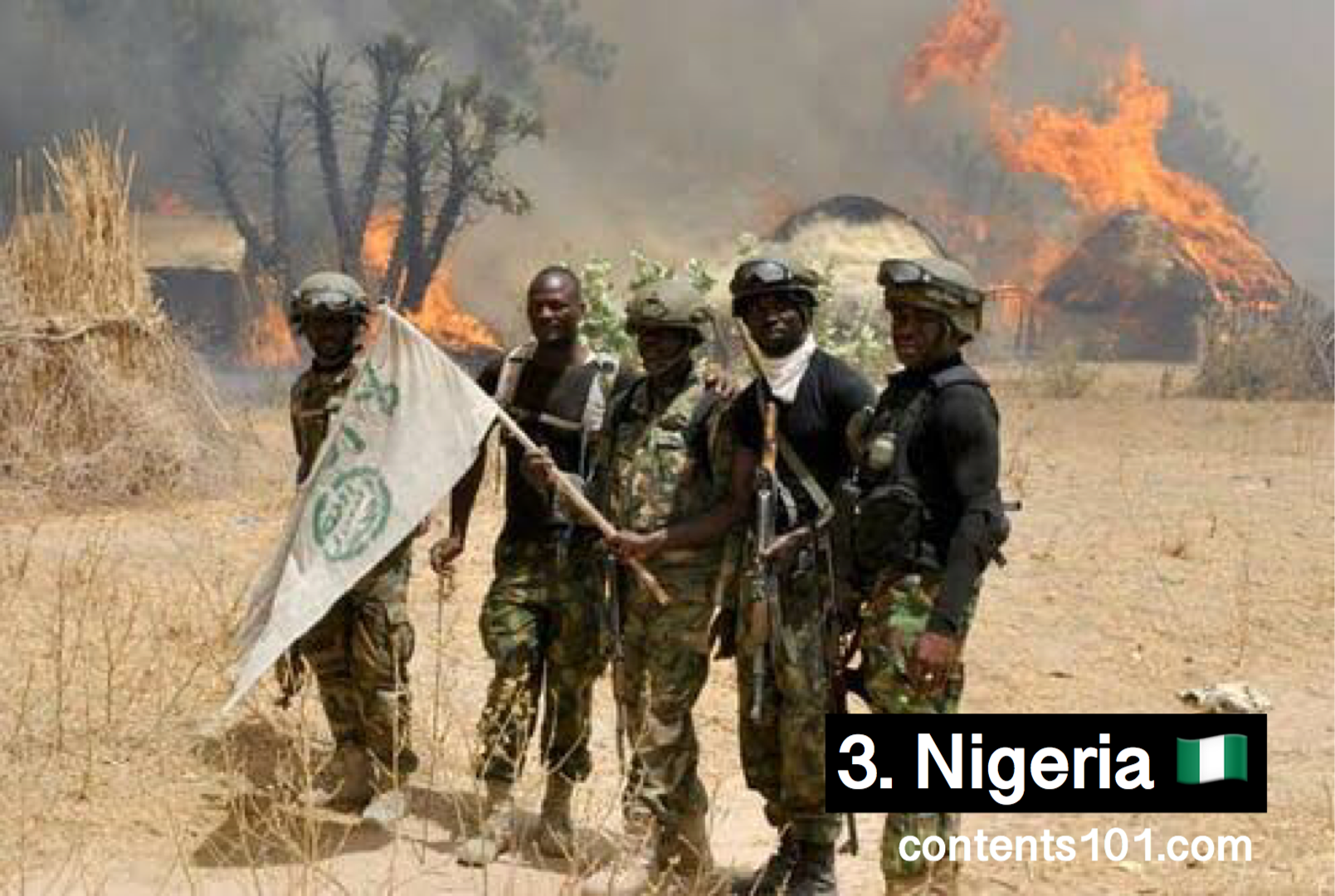 Nigeria is the most terrorized country in Africa. Nigeria is faced with the challenge of Boko Haram in the North East, Fulani herdsmen and bandits in some part of Northern Nigeria. The Niger Delta militants in the South South region. 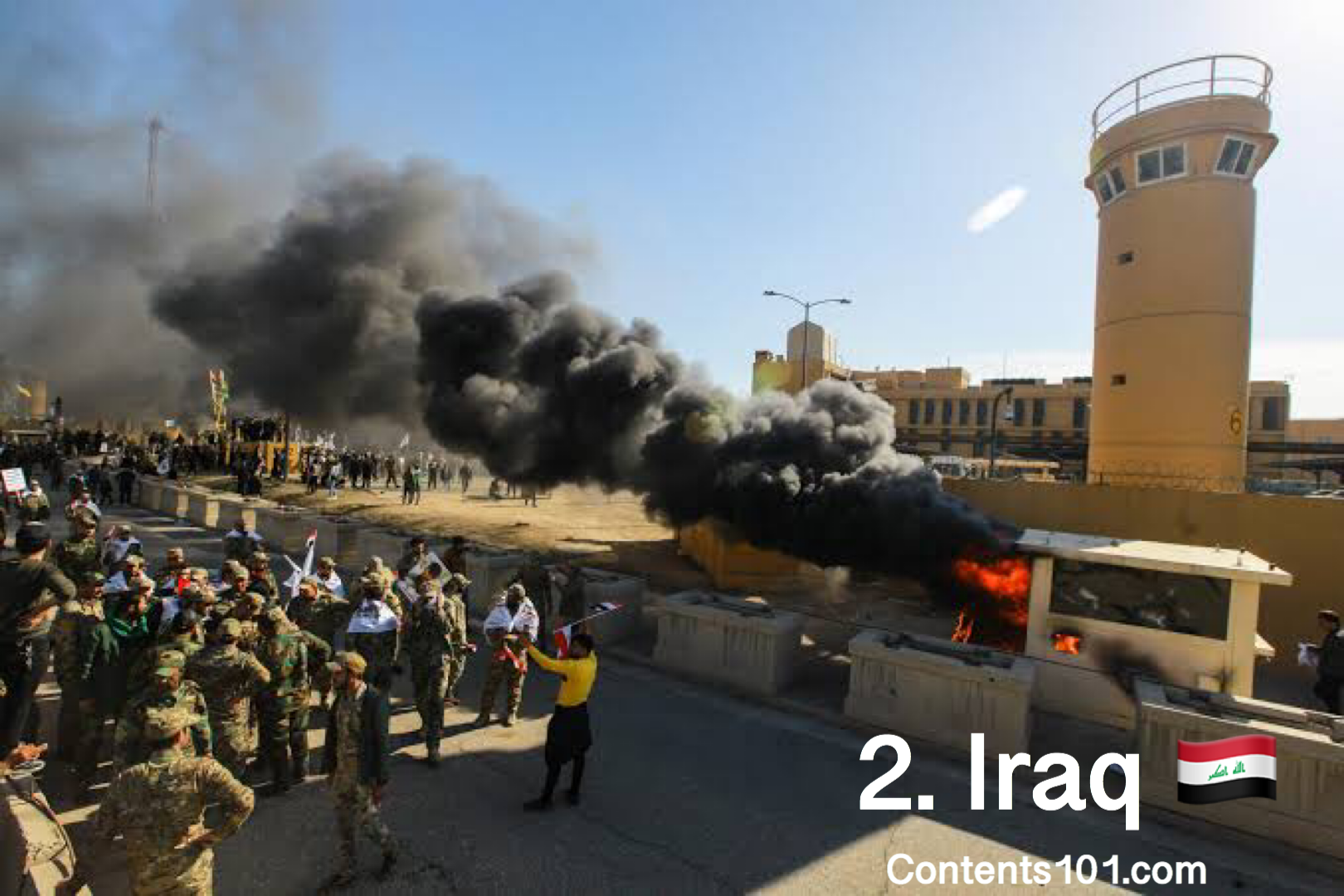 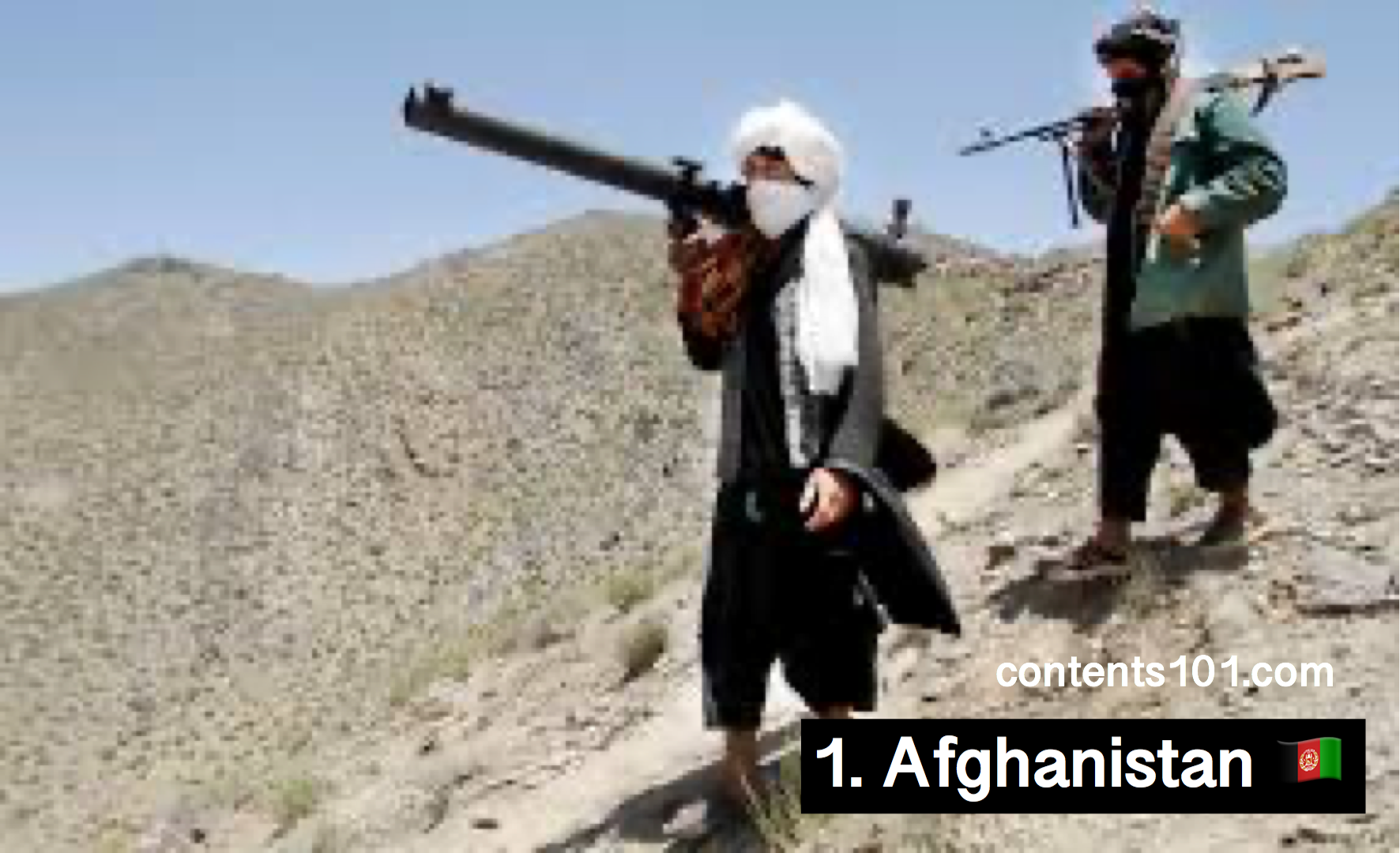