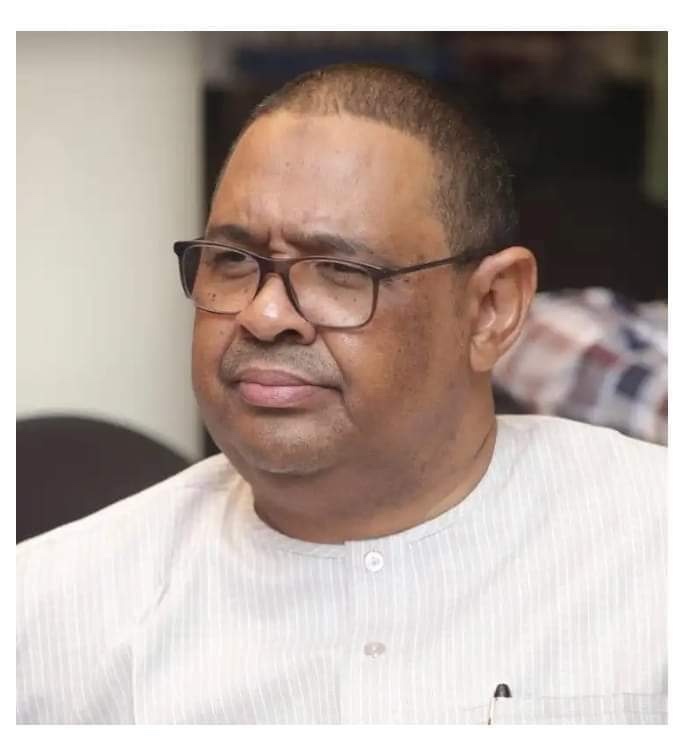 Mrs Hauwa Adam Nuru, wife of the former MD of FCMB, Adam Nuru has refuted reports that she has left her husband saying that the assertion a”fake news”

She made this known via a press statement signed by her advising the public to discard the “malicious publication” which she said is a deliberate falsehood” aimed at further demonising her husband.

In the statement, Mrs Nuru describe th3 embattled former MD as her “beloved husband and a loving father”.

The statement reads in full;

“I am still very much with my beloved husband.

“Following several calls from well-meaning family members and friends over a malicious publication and deliberate falsehood that I have packed out of my matrimonial home, I want to clarify for the avoidance of doubt that I am still very much with my husband.

“This fake news was published by an online newspaper in a calculated attempt to further demonise my beloved husband and a loving father.

“Let me reiterate that at no time did I contemplate leaving my matrimonial home or filing for divorce as no grounds exist for such. I really have no idea where this is coming from.

“While I owe a debt of gratitude to all those who have genuinely expressed concern about the fabricated story of moving out of my matrimonial home, let me appeal to the media to abide by the ethics of their profession and avoid the pitfall of rumormongering and sensational reporting.

“There is no truth to the tale whatsoever. I will not be responding to any further comments made by persons who obviously have an agenda whatever it may be.”