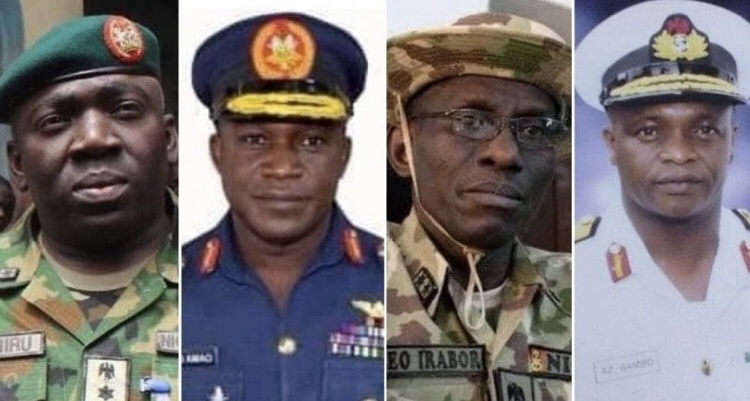 The appointment was due to the resignation of the old service chiefs and their retirement from service on Tuesday 26th January, 2021.

Contents101 have compiled a brief profile of the New Service Chiefs

Major-Gen. LEO Irabor is the New Chief of Defence Staff. He is a trained engineer and have undergone studies in various parts of the world. Prior to his appointment, Maj. Gen. Irabor was the Chief of Training and Operations (CTOP) Defence Headquarters and the theatre Commander Operation Lafiya Dole.

Major-General Ibrahim Attahiru is the new Chief of Army Staff. Prior to his appointment, he was the General Officer Commanding 82 Division, Nigerian Army and the Director of Public Relations in the Nigerian Army.

Rear Admiral Awwal Zubairu Gambo is the new Chief of Naval Staff. He is an underwater Warfare specialist with specialization in intelligence. Rear Admiral Gambo holds a Masters Degree in Transport Management from the Ladoke Akintola University of Technology (LAUTECH).