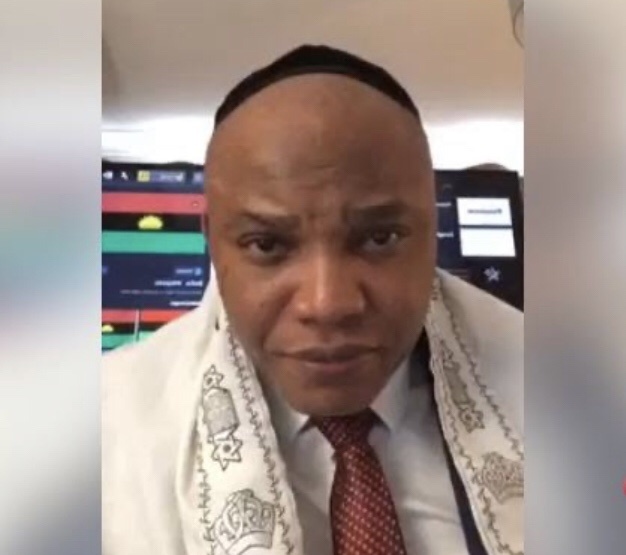 Nwannekaenyi Nnamdi Okwu Kanu was born on 25th September 1975 in Islama, Afara, Umuahia in Abia State to the family of Eze Israel Okwu Kanu (JP) and Ugoeze Nnenne Kanu. He is the leader of the Indegenous People of Biafra(IPOB), a freedom movement struggling to secede from Nigeria. He is also the director of a UK based radio station Radio Biafra.

Nnamdi Kanu attended Library Avenue Primary School where he obtained his First School Leaving Certificate (FSLC). He proceeded to Government College Umuahia for his secondary education and obtained his West African School Certificate. He gained admission to study at the University of Nigeria Nsukka but relocated to United Kingdom before his graduation.

“I hope that what we are looking for can be accomplished peacefully. I am an advocate of passive resistance. Gandhi and Martin Luther King tried it to very good effects, so why should it not work in our case?”

In September 2015, Nnamdi Kanu was at the World Igbo Congress in Los Angeles as a guest speaker. Kanu during his speech stressed that the audience that the Igbos need guns and bullets.

In 2017, Kanu explained further that the guns are needed by the Igbos to defend themselves against Fulani cattle rustlers attacking the eastern part of Nigeria

In 2017, IPOB threatened to boycott the 2019 General Election and all other elections within the South Eastern region. According to Kanu, boycotting the election is expression of our resentment of Nigeria and what it represents as well as civil disobedience and passive resistance.

He however lifted the plan to boycott elections on the eve of the 2019 gubernatorial elections and urged IPOB members to participate in the elections.

On 14th October 2015, Nnamdi Kanu was arrested in his hotel room at Golden Tulip Essential Hotel Ikeja, Lagos State by the Department of State Security Services (SSS). The news of Kanu’s arrest broke on the media four days later. Counsel to Kanu said he was unaware of Kanu’s whereabouts till the news of his arrest.

On 19th October 2015, Kanu was granted bail in a secret arraignment at Magistrate Court, Wuse 11. The bail was however controversial as there were claims that the DSS announced Kanu’s bail only to calm the already agitating IPOB members in the South East and South South region of Nigeria.

On November 18 2015, the Abuja Magistrate Court ordered the DSS to produce Nnamdi Kanu in court on 23rd November 2015. However l, the DSS secretly obtained court order to remand him in custody for three months to conclude an investigation against Nnamdi Kanu.

On 23 November 2015, Kanu was charged to court for “criminal conspiracy, intimidation and membership of an illegal organisation” by Nigeria’s Department of State Services (DSS).

While the Chief Magistrate S. Usman berated the DSS for failure to provide Kanu in court, IPOB members had already taken luxury buses to Abuja for a peaceful protest in solidarity to Kanu. On the other hand protest in the eastern region grounded movement of vehicles in Onitsha and Aba.

Kanu requested to be transferred from DSS custody to prison. According to his counsel Obetta, his transfer to prison will grant him easier access to his legal team.

The DSS on the other hand requested that the Magistrate Court discontinue the trial of Kanu on the basis that it had obtained court order from the Federal High Court to detain Nnamdi Kanu for 90 days. Obetta objected to the continued detention on the basis that the prosecution did not present any information from the Attorney-General of Nigeria Federation who had the authority to approve such.

Kanu remained in DSS custody despite being granted bail on several occasions till 28th of April 2017. Justice Binta Nyako of the Federal High Court while granting Kanu bail gave the following conditions

Mr. Kanu must not hold rallies.

Once Kanu was released from prison, he violated virtually all his bail conditions.

In September 2017, the Nigerian Army announced operating python dance to clamp down the already growing agitation of IPOB members in the South Eastern region. The Nigerian Army raided Nnamdi Kanu’s residence. The raid resulted to Nnamdi Kanu’s disappearance as well as the death of many including his parents.

In April 2020, Controversial blogger Kemi Olunloyo tweeted that Nnamdi Kanu, the leader of the Indigenous People of Biafra IPOB is dead. The next day Miss Olunloyo retracted the tweet. She said she had confirmed from Fani Kayode, the former Minister for Aviation that Nnamdi Kanu is alive and well.

“Nnamdi Kanu has died and gone. The person on a radio/video show yesterday didn’t have to hide their face. That person was physically in Nigeria doing his voice over. As a broadcaster, I can do voices of many public figures.”

However, Nnamdi Kanu on 30 May, 2020 went live on Facebook to debunk Kemi Olunloyo’s rumor. 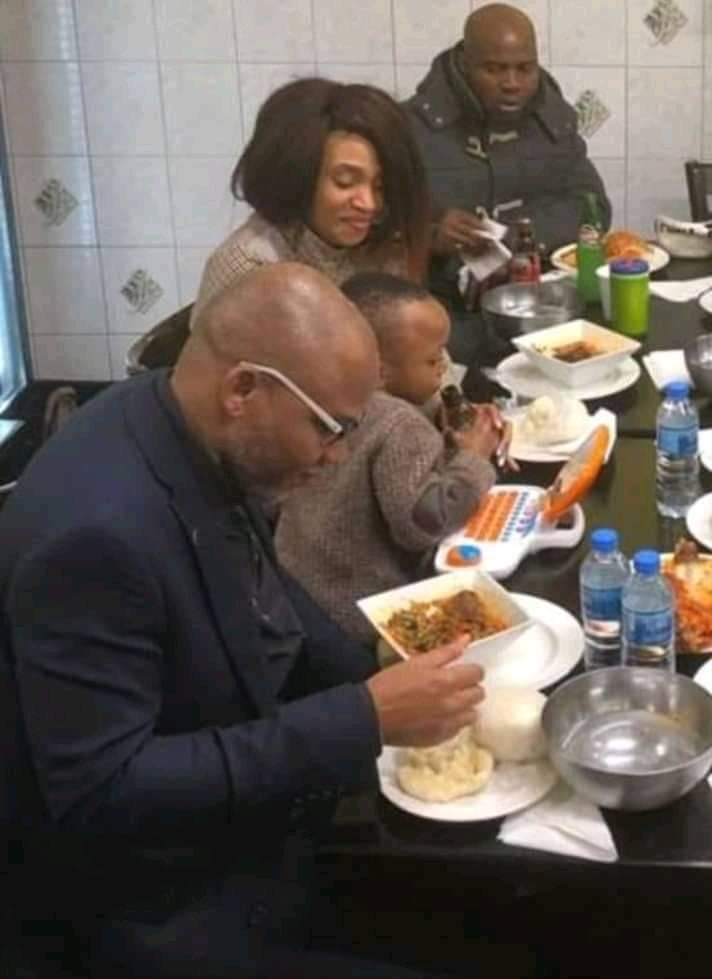 Nnamdi Kanu is married to Uchechi Kanu. Their union is blessed with two children.