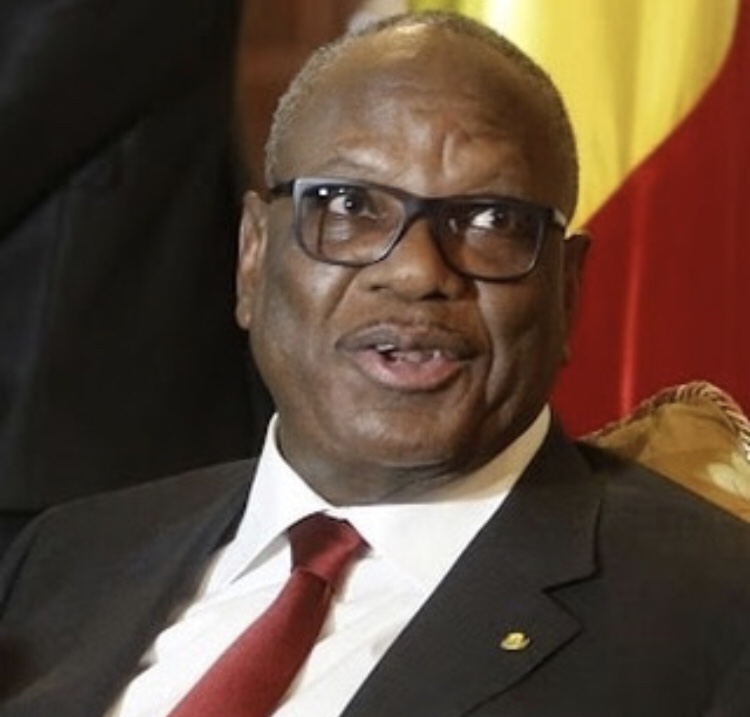 Ibrahim Boubacar Keïta is a Malian politician and the 6th President of Mali. Keïta served as the prime minister of Mali before he was elected as president of Mali. However, his tenure as president was cut short after the military took over the government. Keïta resigned from office after he was arrested by the Malian military. Keïta was born on 29 January 1945 in Koutiala, French Sudan (now Mali).

Keïta studied in Lycée Janson-de-Sailly in Paris before proceeding to Lycée Askia-Mohamed in Bamako, Mali Capital.

Upon graduation from school, Keïta worked as a researcher at the Centre national de la recherche scientifique (CNRS). He also thought history on third world politics at the University of Paris I.

Keïta was the Director of French chapter of Terre des hommes, an international NGO aiding children in the developing world.

In 1991, Keïta was the Secretary for African and International Relations at the Alliance for Democracy in Mali (ADEMA-PASJ) constitutive congress.

He was also the deputy director of Alpha Oumar Konaré campaign under ADEMA.

Upon election of Konaré, Keïta was appointed senior diplomatic adviser and spokesman in June 1992 and later he was appointed Ambassador to Côte d’Ivoire, Gabon, Burkina Faso and Niger in November 1992.

In November 1993, Keïta served as the Minister of External Affairs, Malians Abroad, and African Integration.

In 1994, Keïta was elected president of ADEMA.

In 2002, Keïta ran for president under Rally for Mali (RPM) but came second runner up behind Amadou Toumani Touré and Soumaïla Cissé.

Keïta secures about 21.03% votes in the first round of the election and threw his support for Amadou Toumani Touré. Touré won the election.

In October 2002, he was elected the President of the Executive Committee of the African Parliamentary Union at its Khartoum Conference.

In 2007, Keïta ran for president of Mali but lost to the incumbent President Touré. Keïta secures only 19.15% of the vote.

Keïta and other presidential candidates challenged Touré’s victory in court but lost the suit.

Keïta was a member of the Commission of Foreign Affairs, Malians Living Abroad, and African Integration in the National Assembly.

However upon resignation of Oumar Tatam Ly as prime minister in 2014, he appointed Moussa Mara.

In 2015, he appointed Modibo Keita as a replacement for Mara after he resigned from office.

In 2017, Keïta appointed Soumeylou Boubéye Maïga as prime minister and Dr Boubou Cissé in 2019 after Maiga resigned in 2019.

On 18 August 2020, Keïta and his prime minister Maiga was arrested by mutinying soldiers in a coup d’tat over Boko Haram and insecurity in some part of Mali.

Keïta resigned from office the next day and dissolved the parliament. Keïta noted that no blood should be shed to keep him in power

Keïta is married to Keïta Aminata Maiga and together they have four children.