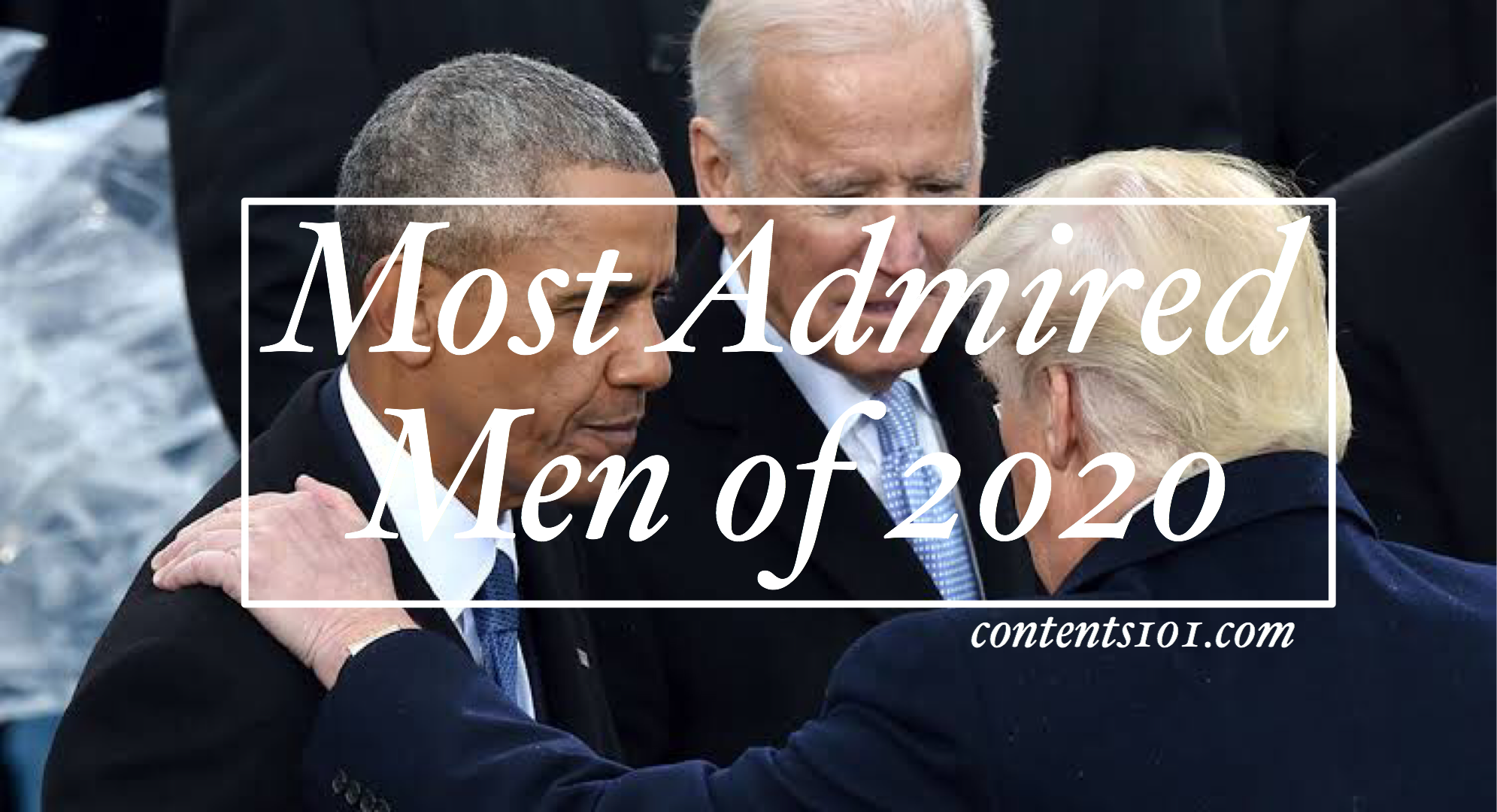 While former United States President Barack Obama is second in the list, US President elect Joe Biden is third in the list. American physician and Immunologist is on the list ahead of Pope Francis, Elon Musk and Bill Gates.

Tags:Biden, most Admired men in the world, Musk, Obama, Trump