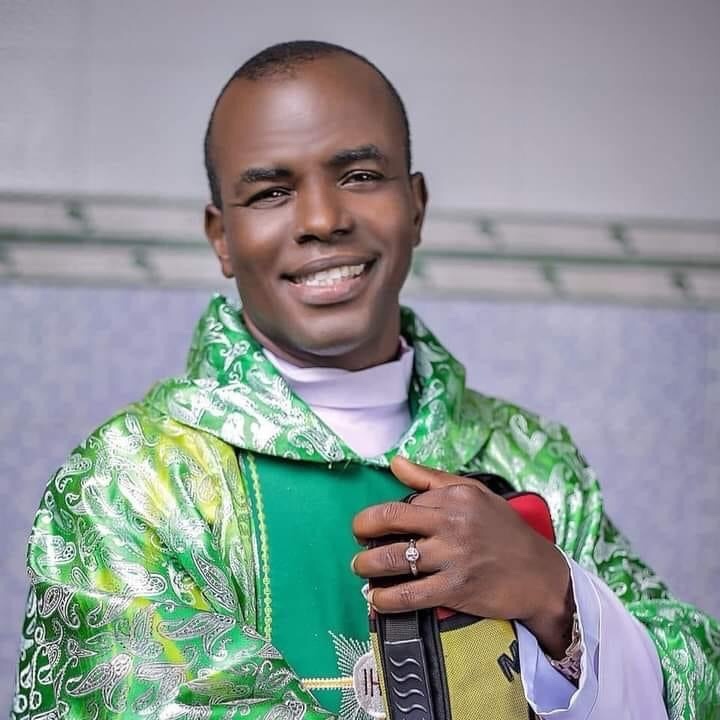 Reverend Fr. Ejike Camillus Anthony Mbaka is an outspoken Nigerian Catholic Priest under the Catholic Dioceses of Enugu. He is the founder and Spiritual Director of Adoration Ministries Enugu Nigeria (Amen). He is popular for his comments on issues relating to politics within Enugu state and Nigeria at large. Fr Mbaka was born on July 28th 1957 to the family of late Chief Humphrey Ogbuefi Mbaka and Felicia Mbaka in Amata Ituku in Awgu L.G.A of Enugu State. 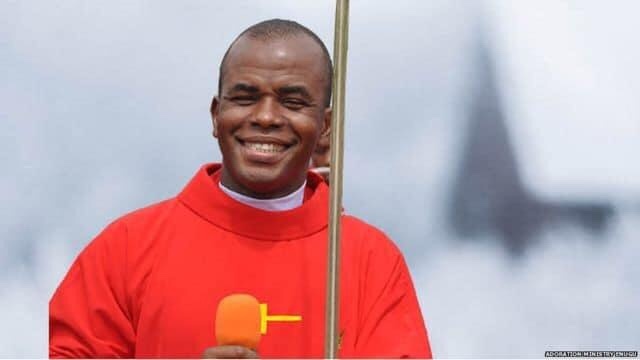 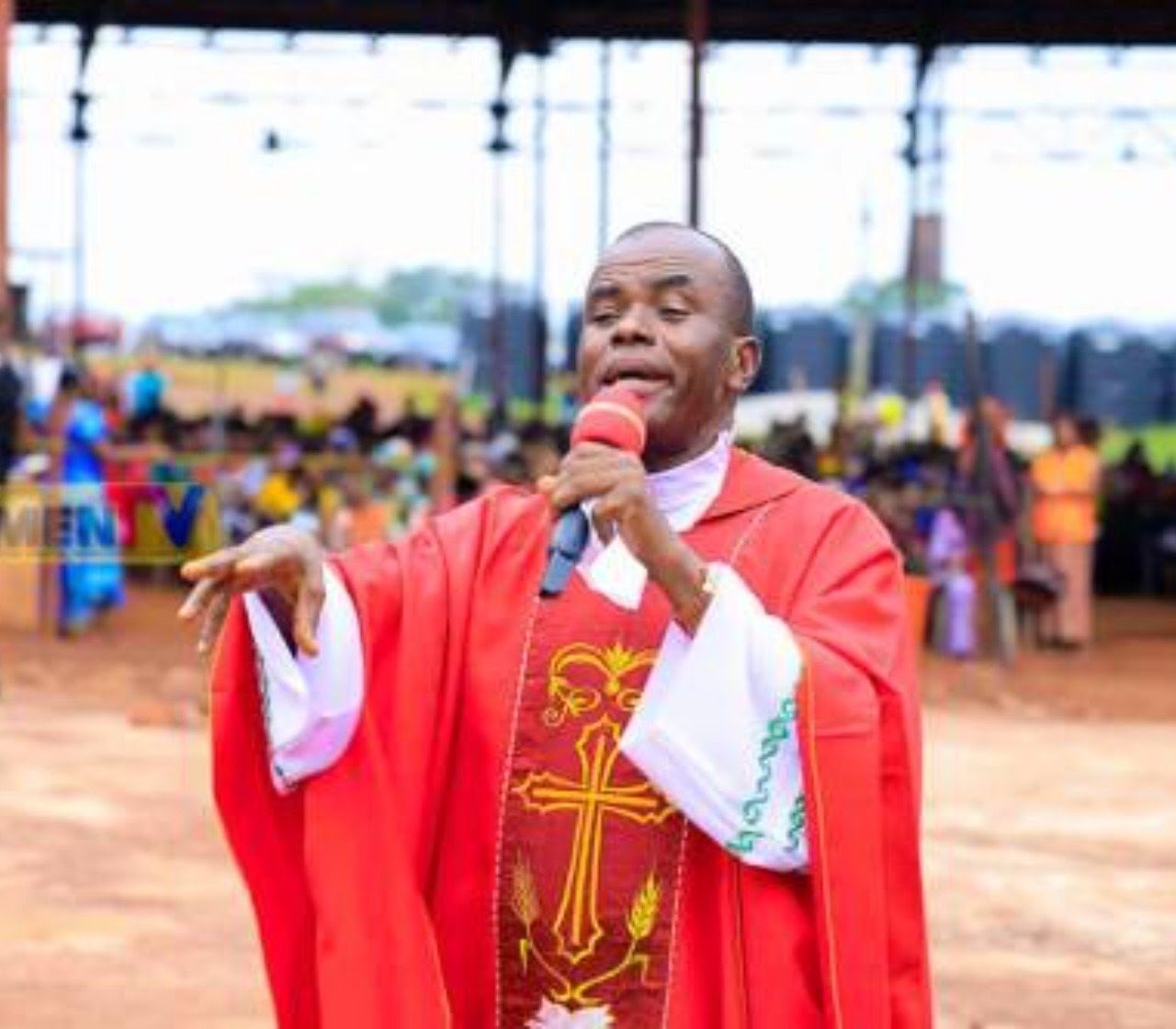 As a child Fr. Mbaka would go and organize for Block Rosary prayers in their vicinity. He was also involved in the rejuvenation of Catholic Charismatic Renewal at St. Anthony’s Parish Ituku where he led the prayer warrior team.

Fr. Mbaka’s dream of becoming a catholic priest met strict resistance by his father who was a pegan. The father and the kinsmen opposed his idea of becoming a priest.

After ordination, Fr Mbaka was posted to Holy Ghost Cathedral, Enugu as the Assistant Diocesan Administration.

As an Assistant Diocesan Administration Fr Mbaka took out time to go for evangelical missions outside the cathedral. He often visited Capuchin and G.T.C Enugu where he celebrated masses for the congregation.

He has served as Parish Priests in many parishes across Enugu Dioceses including Christ the Kings Parish, GRA and Our Lady of Roses Parish, Emene.

Today, Adoration Ministries Enugu Nigeria (AMEN) has thousands of worshippers who flood the adoration center on weekly bases for prayers. 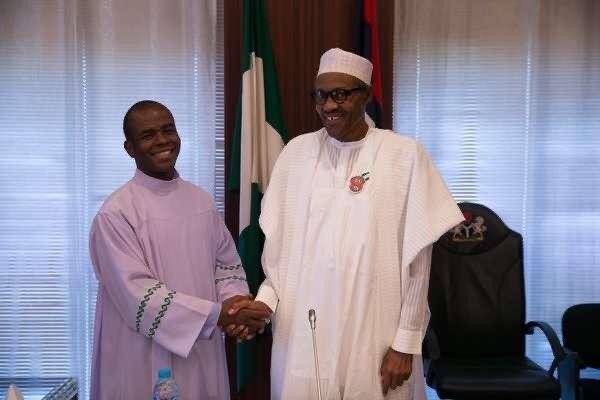 In 2001, Fr. Mbaka accused Governor Chimaroke Nnamani, for being responsible for the stampede which led to the death of 10 worshippers and an unborn baby.

He prophesied that Hope Uzodimma will emerge Governor of Imo State ahead of court ruling in 2020.

In April 2021, Garba Shehu in a statement, alleged that Fr. Mbaka visited Buhari for a contract as compensation for supporting him in the 2015 general election but was turned down by the President.

In May 2021, the Ohaneze Youth Council alleged that Fr. Mbaka was missing.

According to the President-General of OYC, Mazi Okwu Nnabuike, he said Mbaka was last seen on Tuesday, adding that every effort to trace him had failed. 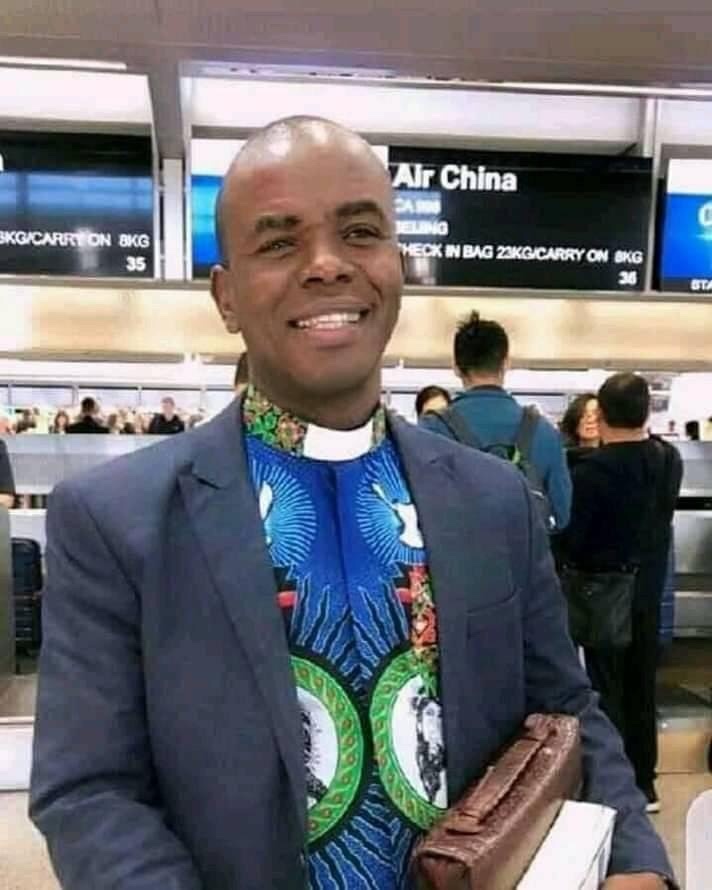 According to punch newspapers, Fr Mbaka spends over $2 million (₦ 734 million) monthly on charity. He is also the owner of Aqua Rapha Investment, a conglomerate that produces sachet water, bottle water, yogurts and soft drinks. Fr. Mbaka is estimated to worth $50 million.